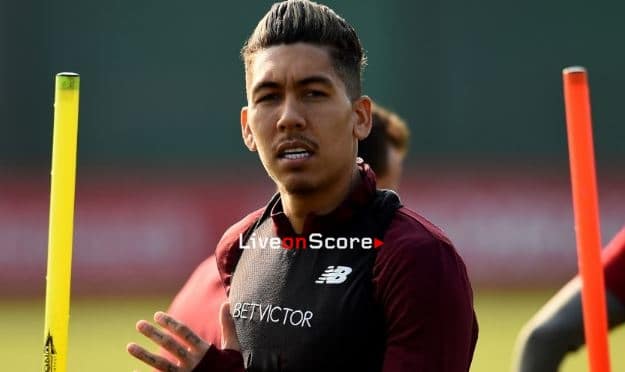 Jürgen Klopp provided a further update on the fitness of Roberto Firmino following Liverpool’s win over Huddersfield Town and admitted his condition will need to be assessed ahead of next week’s trip to Barcelona.

The striker sat out the Reds’ 5-0 demolition of the Terriers at Anfield on Friday night after he sustained a slight muscle tear during a training session at Melwood.

Klopp is optimistic Firmino can recover in time for Wednesday’s mouth-watering Champions League semi-final, first-leg encounter with Barcelona at Camp Nou, but confirmed it was too early to be certain.

Liverpool 5-0 Huddersfield: Five talking points
He explained to reporters in his post-match press conference: “Bobby trained yesterday completely normally, it was not high-intensity we just had to work on set-pieces a little bit and here and there a couple of things. I didn’t see it in training, it happened in the last situation of training and he felt a muscle a little bit.

“Now, the official diagnosis is he has a small tear in a small muscle, so apart from the word ‘tear’ everything else is positive.

“It is Bobby, so he might be ready for Wednesday, but we obviously don’t know in the moment. Because it is him, it’s rather likely that [he will be] than not, but we will see.

“So, of all the bad news you can get it is pretty much the best, but it’s still bad enough that he couldn’t play tonight.”

The centre-back appeared to collect a knock in the early stages of the second half against Huddersfield, but completed the 90 minutes.

Asked if Van Dijk had picked up an injury, Klopp replied: “No, nothing. I asked him, he said, ‘No, no, all good.”