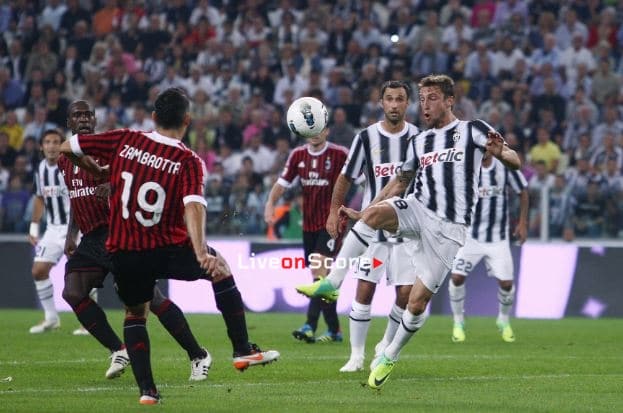 The Bianconeri braces in the matches between Milan and Turin.

A rich history like that of Juventus and Milan has seen many different players become protagonists. They did it by scoring two goals that strongly influenced the result in favour of the Old Lady.

The first who deserves to be mentioned is Pietro Anastasi. His two goals scored at the Comunale perfectly enclose the technical dimension of a striker who is good at inventing courageous solutions such as a diving header and an unstoppable bicycle kick. From Sundays like these, it is easy to understand why the public at the Comunale dedicated a banner to him, calling him the White Pelé…

1989-90: 3-0
Arrigo Sacchi was known for being an innovator who proposed an offensive brand of football. But the high defence couldn’t contain the presence of Rui Barros’ speed. Those two points, on balance, cost Milan a lot in the league race that could end up heading to Naples instead. If that wasn’t enough: Dino Zoff’s Juve will land up beating the Diavoli also in the Italian Cup final.

1997-98: 4-1
Speaking of braces, Del Piero and Inzaghi bagged one each in an overwhelming contest. For the Diavoli it was 90 minutes of suffering. For the two Juventus strikers, it was yet another demonstration of the work the pair could produce in front of goal. Alex struck in the first half, Pippo in the second half. Four days later the No. 10 would land up experiencing another perfect evening, scoring three goals against Monaco in the semi-final of the Campions League.

It was not his main job to score. But Hasan Salihamidzic knows how to do everything and when needed: ‘the joker’ became a goleador. His one-two handed three points in a match that was opened by Del Piero, overturned by Inzaghi – who had moved to Milan – and finally brought to the right path by Brazzo’s one-two.

The year of Amauri’s touch that resulted in two goals. One with his head (that of the 3-1), the other a left-footed goal that was concluded by a triangular movement with Sissoko.

Finally, Claudio Marchisio. Two goals that would start to take the Italian badge from the red and black shirts and transfer it to the Bianconeri. In order to make big impressions, nights like this one was needed in this way: when a victory comes in the final minutes and gives you a new awareness of the value of the team.

Ramos has played more LaLiga minutes than any other madridista

Kovac optimistic about Neuer and Alaba