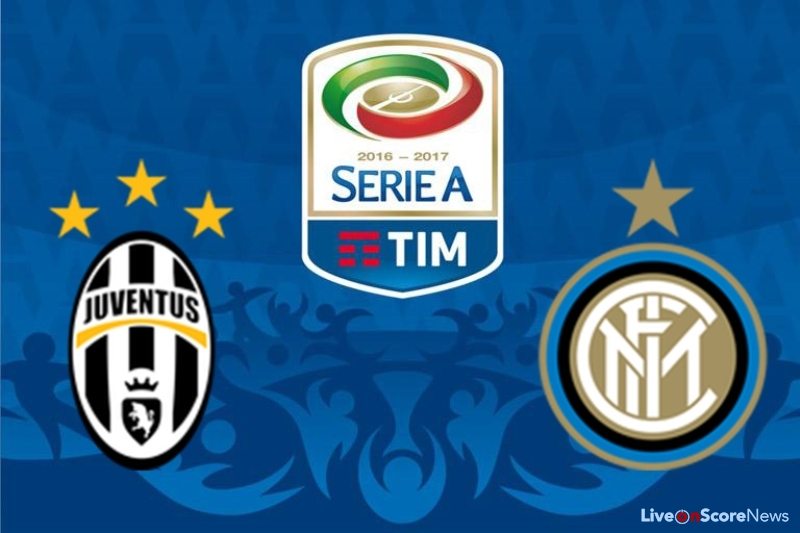 Juventus vs Inter Preview and Prediction Serie Tim A 2017

It’s all about revenge for Juventus when they host a soaring Inter team that has been rejuvenated under the guidance of Coach Stefano Pioli.

A change of management is, on many occasions, hit and miss, but Inter have been on fire since Pioli took over from Frank de Boer. The Nerazzurri are rocking a seven game winning streak in Serie A, scoring 15 goals and conceding only two in the process. The forever critical Inter fans are dreaming again, with the top three – and Champions League football – within reach.

The run had been nine consecutive victories in all competition until Tuesday’s 2-1 home defeat to Lazio in the Coppa Italia quarter-final.

In Turin, Pioli’s men are facing a true test. Their winning streak has been stellar, but Inter won just one game against a top eight team, Lazio. And who better to test their top form against than their most hated rivals, table toppers Juventus?

The Nerazzurri’s wing defence will be tested against Juve’s newfound successful line-up, as well as golden boy Roberto Gagliardini in midfield.

Talking about the Bianconeri’s new standard line-up, Coach Massimiliano Allegri has finally settled on what’s best for his squad, namely the 4-2-3-1. It has worked to perfection in every game he’s used it this season, with Juventus being stronger defensively and even more deadly offensively. Allegri made the permanent switch after an embarrassing performance at Fiorentina, and Lazio and Sassuolo didn’t stand a chance against it.

Juve don’t need this win as badly as Inter, but the Old Lady suffered a surprise loss at the Giuseppe Meazza back in September, the one bright moment from De Boer’s tenure. That should be enough to motivate this team, which hasn’t dropped a point at home since September 2015. However, it has become obvious this season that Juve’s worst enemy is Juve. A lack of motivation or concentration can be enough to suffer a defeat, learning that on four occasions this season.

The 231st Derby d’Italia could be a massive one. Two rival teams who are at the top of their game and who can’t afford a loss, or even a draw. Two squads full of star players ready to show the world Italian football is going in the right direction. Juventus always have the upper hand at home, but Inter aren’t afraid anymore. Tune in for this one, you won’t regret it.

Keep an eye on: Roberto Gagliardini (Inter) – Three games played, three wins. That’s Gagliardini’s record at Inter so far. But now comes the real test for the young midfielder, who’s task will be to neutralize Paulo Dybala as much as possible. This could be a breakthrough game for Gagliardini. Or he could show he’s not quite there yet…

Stat fact: Since 2005, Inter have managed just one Serie A victory in Turin, a 3-1 result in November 2012, along with three draws and six defeats.

Top tip: Juventus scoring in the first half.