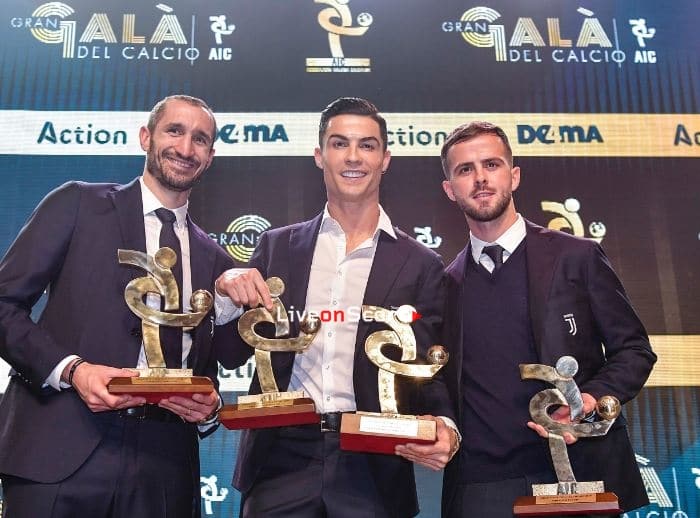 The Bianconeri men and women’s teams were focal points at the event organixed by the Italian Football Association, held this evening in Milan

Once again, there were many Juventus winners at this year’s Gran Galà del Calcio. The gala evening – now in its ninth edition – was organised by the Italian Football Association and was attended by numerous players from the men’s and women’s teams, who formed part of the Top 11 team for men and women. These two formations were selected by an exceptional jury formed by coaches, referees, journalists, and current and former coaches of the National team, but above all, the players themselves in Serie A.

However, let’s start with the most important prize of them all: the one for the best player from last season’s Serie A season. And the winner is…Cristiano Ronaldo!

This is the first time that the Portuguese player has won this award. His figures from last season speak for themselves: 21 goals in 31 Serie A matches. Between September 2018 and February 2019, CR7 scored in nine consecutive league games: a feat no player in the era of three points to a victory had ever achieved. Before him, the last Bianconeri debutant who had scored at least 10 goals in Serie A after the first 14 team matches had been John Charles in 1957/58.

Fourteen madridistas have scored so far this season