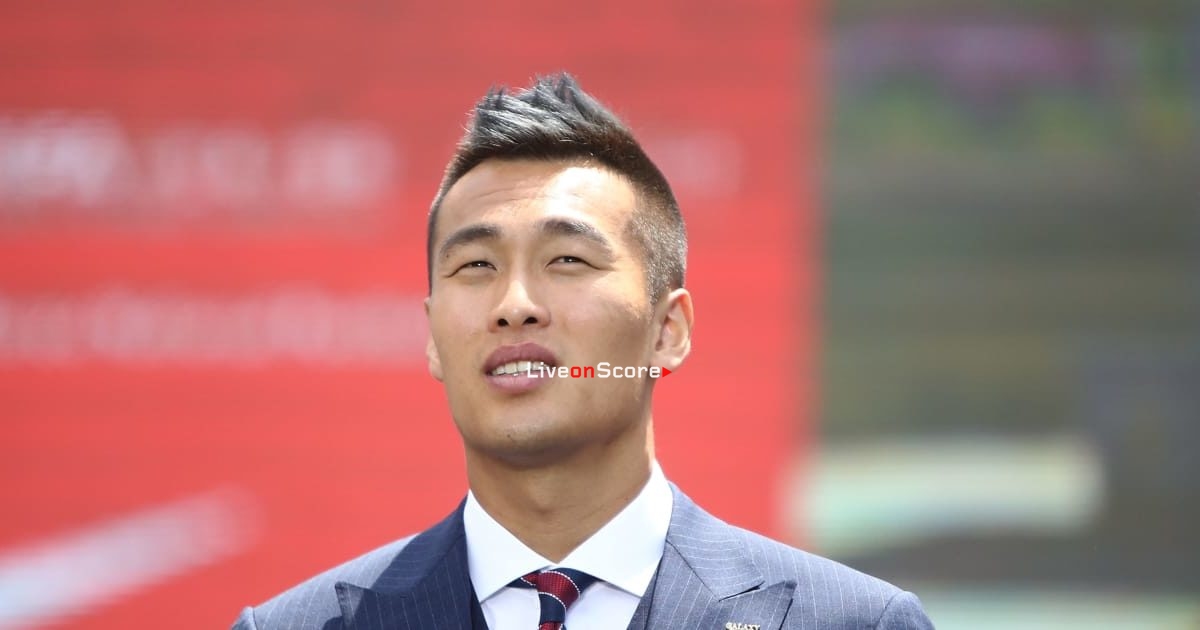 Kim: We Can Progress Beyond The Group Phase

If height counts for anything, then Kim Shinwook is truly among those capable of springing a surprise or two at the 2018 FIFA World Cup Russia.

Standing at 196 cm tall, the Korea Republic and Jeonbuk Motors man belongs to a small group of towering centre forwards such as Ali Daei, Peter Crouch and Nikola Zigic.

Boasting exceptional aerial ability and physical strengths, the imposing striker is a nightmare for defenders. Aside from scoring regularly for both club and country, Kim, nicknamed Chinook, is well known for setting up team-mates.

Such attributes were perfectly illustrated in the qualifying decider against Uzbekistan, when he nodded the ball into the path of Koo Jacheol to score the leveller which sealed Korea Republic’s passage to Russia 2018.

Kim is not, though, a natural striker. He was played as a defensive player during his early career but was pushed upfront after he joined Ulsan Hyundai in 2009. There were so many forwards sidelined due to injury at that time and the coach came to me asking if I could go up there, which proved to be a life-changing decision,” he recalled.

It was, indeed. The converted forward has thrived at the point of the attack, catching the eye both locally and internationally thanks to his goalscoring rate. Across seven seasons with Ulsan, Kim notched 81 goals from 251 appearances in all competitions. Since moving to Jeonbuk two years ago, he has managed to score 17 times.

Even more impressive is that he has two FIFA Club World Cups under his belt – with Ulsan in 2012 and Jeonbuk in 2016. Add to that two FIFA World Cup appearances at Brazil 2014, although he failed to find the back of the net in matches Korea Republic lost. It is an experience he is obviously keen to put right in Russia.

Last time in Brazil, we thought we were in an easy group but we ended up with a rude awakening, Kim said reflecting on their last World Cup campaign. They Belgium and Algeria were stronger than we had expected. But at the same time we had our chances to score, which we failed to convert.

Now though, Kim believes that they can make up for the disappointment, despite the fact that they are placed in an even tougher group than four years ago after being drawn alongside Germany, Mexico and Sweden.

It’s completely different this time, because we’re in a very difficult group – some say it’s the worst possible scenario. But we’re well prepared under a new coach, and we’ll try to become a unit and play our best football there. If that is possible, we’ll be able to overcome the first hurdle.

Individually, Kim has got ready to redeem himself on the global scene. Considering his recent prolific form – he has scored five times in six matches to help Jeonbuk be one of the form team’s in the 2018 AFC Champions League – Kim naturally harbours high hopes heading to Russia.

It’s fair to say that I’ve established myself in the national team, as I’m making progress personally and as a team player. I’ve been eager to come back stronger this time around, and I’m going to show what I’m capable of in Russia.

Should Kim break his World Cup duck, expect to see a signature goal celebration. A devoted Christian, Kim is known for reading the Bible before taking to the pitch.

Reading the Holy Bible is about my faith, and I personally play my game for God. The reason I celebrate every goal with my knees on the ground and my arms held up above, is to share the glory with Him.