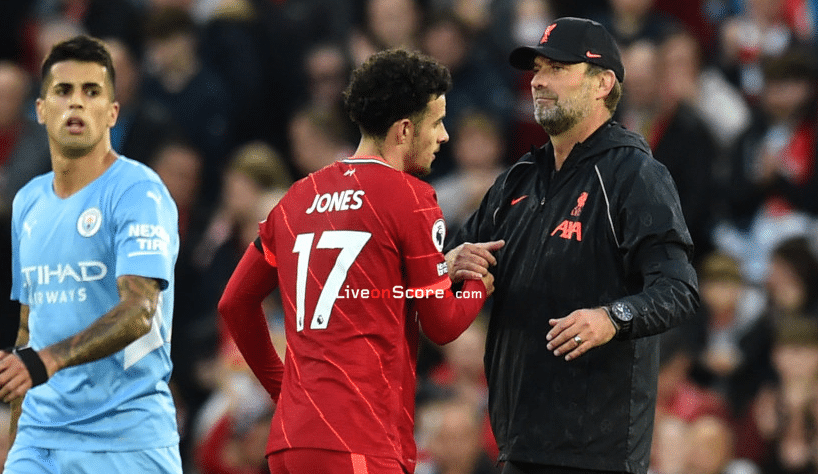 Jürgen Klopp felt a point was ultimately a fair outcome for Liverpool after Manchester City twice came from behind to draw 2-2 at Anfield.

The visitors were on top for the majority of the first half in Sunday’s Premier League clash but it was the improved Reds who opened the scoring through Sadio Mane on 59 minutes.

Phil Foden equalised for City and Mohamed Salah then produced one of his greatest goals for the club as he slalomed through the opposition defence and fired past Ederson.

Liverpool were forced to settle for a draw, though, as Kevin De Bruyne saw a driven shot deflect off Joel Matip and hit the net to conclude the scoring in a frantic half.

At his post-match press conference, Klopp detailed the differences between his team’s performances either side of the break and hailed the quality of both Reds goals, especially Salah’s magical strike.