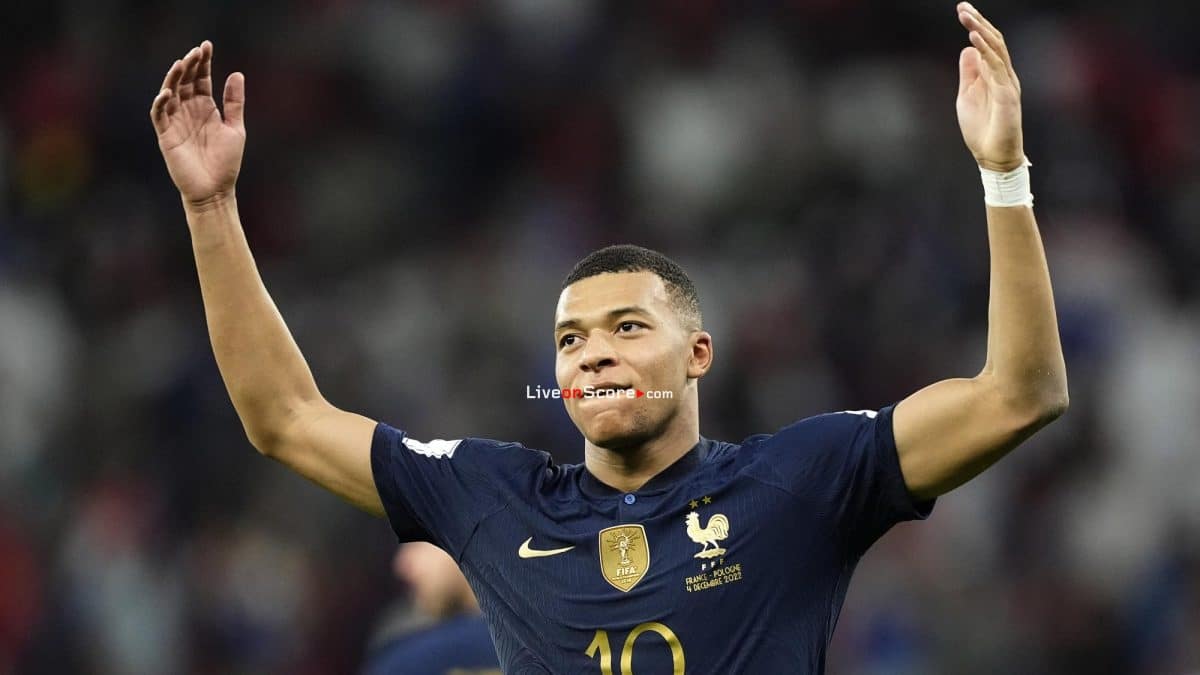 England will meet France in the World Cup quarter-finals on Saturday (19:00 GMT kick-off) – and one player in particular is on everyone’s mind.

Paris St-Germain forward Kylian Mbappe is arguably the best player in the world right now, and a lot of the talk has been about how he can be stopped by Gareth Southgate’s Three Lions.

1. He is the second most expensive player in history

It is still the second most expensive transfer ever. The only deal that cost more was Brazil forward Neymar’s 222m euros (£200m) move to PSG from Barcelona in 2017.

Mbappe has gone on to score 190 goals in 237 games for the French champions, where he plays alongside Neymar and Argentina great Lionel Messi.

2. He is a serial winner

In seven years as a professional, Mbappe has won:

Five Ligue 1 titles (four at PSG, one at Monaco)

And he helped PSG reach their first Champions League final in 2020, though they were beaten by Bayern Munich.

3. He’s used to lighting up a World Cup

Mbappe was just 19 when he played a key role in France’s run to glory at Russia 2018, scoring four goals along the way.

His strike in the 4-2 win over Croatia made him the second teenager to score in a World Cup final, after Brazil legend Pele in 1958.

Mbappe is the the leading scorer in Qatar so far with five goals, and his overall tally of nine at World Cups means he has already overtaken Diego Maradona, who scored eight for Argentina, and Portugal’s Cristiano Ronaldo.

Indeed, he is the youngest player to score nine World Cup goals, breaking a record held by Eusebio, who scored eight for Portugal by the age of 24 years and 182 days.

4. He was a record breaker at a young age

Mbappe, who was born on the outskirts of Paris and started out at his local team AS Bondy, made his first-team debut for Monaco in December 2015.

Aged 16 years and 347 days, he became the youngest player in the club’s history – beating a record set by France and Arsenal legend Thierry Henry in 1994 – when he appeared as an 88th-minute substitute against Caen.

Three months later, he became the club’s youngest scorer with his first senior goal against Troyes. Who set the previous record? Henry.

During France’s 3-1 last-16 win over Poland, his top speed was recorded at 35.3 km/h and before Sunday’s game, only six players had recorded faster sprints at this year’s World Cup.

In September, Ligue 1 said he was the fastest player in the league this season at 36km/h.

6. He turned down a big-money move to Real Madrid last summer

After a long courtship from Real president Florentino Perez and agreeing a financial package with the La Liga giants, Mbappe decided to stay in Paris and sign a new three-year deal.

According to Spanish football expert Guillem Balague, both clubs were willing to pay 150m euros (£127m) as a signing-on fee.

However, he has not ruled out a move to the Spanish and European champions in the future, telling the BBC in May his Real Madrid dream was “never over”.

In October, Mbappe topped the Forbes list for highest-earning footballers – the first time someone other than Messi or Ronaldo has been number one for nine years.

He was also named alongside Ronaldo, Messi and Neymar as the most influential footballers on Instagram due to play at the 2022 World Cup.

His iconic folded arms and knee-slide celebration have featured on the Fifa 21 game and he was reportedly the youngest athlete to appear on his own on the cover, before returning for the 2022 edition.

After winning the World Cup four years ago, Mbappe announced he had donated his entire £380,000 wage for the tournament to a children’s charity.

The man who replaced Cristiano Ronaldo / who is Goncalo Ramos

Maye back to UNC: Could never leave this place