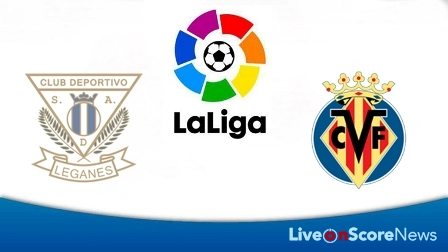 Leganes vs Villarreal-Preview and Prediction

The game starts at 12:30 p.m. ET. It can be viewed live online thru FuboTV.
Leganes has been struggling in the past several rounds of Spanish top flight competitions. The team has lost five of their last six matches to drop to the 15th spot of the league table, only four points above the bottom three relegation area.
In their most recent game last Saturday, the Pepineros were routed by middling team Espanyol, 0-3, on the road at the Cornella-El Prat Stadium, as per Football España.
Head coach Asier Garitano’s side was not able to score any goals throughout the match while allowing the hosts to net three in the second half of play. Spanish forward Gerard Moreno opened the scoring in the 47th minute while Argentine midfielder Pablo Piatti had a brace in the 51st and 88th minutes to complete the three-goal shutout victory.
Meanwhile, Villarreal is also on a downward spiral after losing three of their last four games. Their losing streak has caused the team to fall to the sixth place in the overall standings from as high as the fourth spot, with Real Sociedad and Atletico Madrid overtaking them.
The team still holds the final Europa League qualifying berth for next season but seventh-place team Eibar is only one point behind in the standings.
La Liga 2016-2017: Barcelona vs Real Madrid, Preview, Prediction & Predicted Lineup
El Submarino Amarillo succumbed to a 0-2 upset loss to another newly-promoted team, Alaves, on Sunday at their own home field of El Madrigal Stadium, SB Nation reported.
It was a disappointing performance for head coach Fran Escribá’s boys, who were also blanked by Athletic Bilbao in their previous match.
Spanish midfielders Ibai Gomez and Victor Camarasa scored a goal in the eighth and 17th minutes to give the visitors an early 2-0 advantage that held on until the end.
Prediction and Predicted Lineup
The predicted result is a tough 1-0 decision for Villarreal.
Leganes starting lineup (4-2-3-1 formation): Serantes; Bustinza, Insua, Mantovani, Diaz; Martin, Timor; Omar, Gabriel, Lopez; Luciano
Villarreal starting lineup (4-4-2 formation): Asenjo; Mario, Musacchio, Ruiz, Costa; Castillejo, Trigueros, Bruno, Soriano; Sansone, Pato

Metz vs Lyon-Preview and Prediction

Granada vs Sevilla-Preview and Prediction