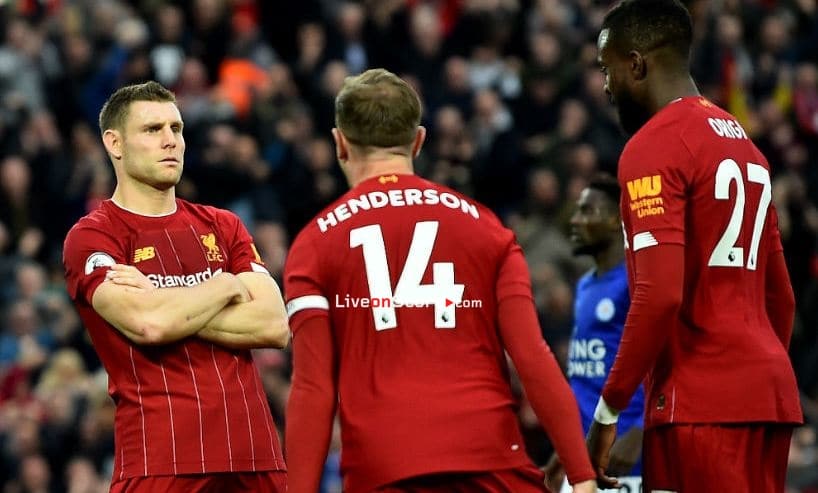 Liverpool kick-started the defence of their Champions League crown by beginning October with a pulsating 4-3 win over Salzburg.

Having lost their Group E opener to Napoli, the Reds raced into a three-goal lead on matchday two before Jesse Marsch’s team – inspired by a certain Takumi Minamino – staged a fightback to level the score in the second half.

However, a calm Kop-end finish by Mohamed Salah secured all three points on the occasion of the 100th European Cup fixture played at Anfield.

Three days later, there was more drama in L4 as James Milner’s stoppage-time penalty vanquished Leicester City and made it eight consecutive Premier League victories to open the season.

Sadio Mane had earlier slotted in his 50th top-flight goal for the club during a 2-1 win that preceded the fourth anniversary of Jürgen Klopp’s appointment as Liverpool manager.

Following the second international break of the season, the Reds dropped Premier League points for the first time in 2019-20 as they were held to a 1-1 draw by Manchester United.

Adam Lallana’s late equaliser snatched a deserved draw at Old Trafford, before Alex Oxlade-Chamberlain was the headline act as the European campaign resumed in Belgium. The No.15 scored twice in a comprehensive 4-1 victory against Genk, including a jaw-dropping, outside-of-the-boot strike.

That game came after seven Liverpool players were named on the 30-man shortlist for the Ballon d’Or, while Alisson Becker was also included in the running for the inaugural Yachine Trophy.

And the month would end in a similar vein to how it started: in eventful fashion at Anfield.

Five players made their first-team debuts as Arsenal were beaten on penalties following an incredible 5-5 draw in the Carabao Cup.

Arteta speaks about his coronavirus recovery for the first time