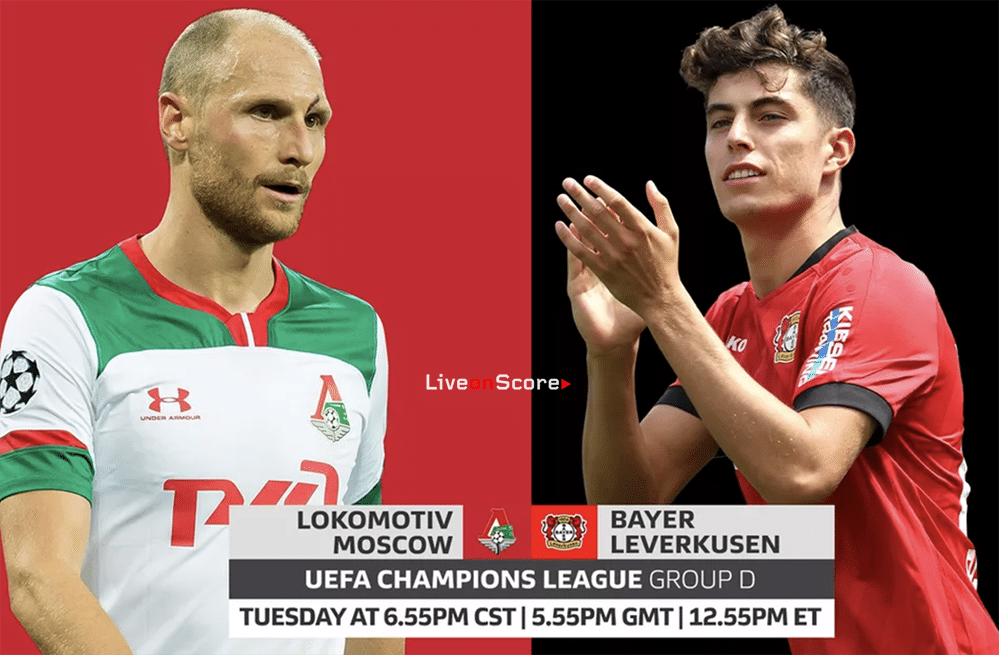 Lokomotiv have suffered three defeats in the Champions League group stage this season, as many losses as they have suffered through 19 matches in the Russian Premier League. They tasted victory for the first time in five games in all competitions at the weekend, though, coming out 3-2 victors on the road against FK Tambov. The Russian side could have their place in the UEFA Europa League confirmed if both they and Atletico Madrid win on Tuesday, but they are out of form at home in European competition. Lokomotiv have won only five of their last 15 European fixtures in Moscow, losing eight, including five of the last six. Former Schalke winger Jefferson Farfan will not be involved, suffering from a long-term knee injury, while Fedor Smolov sat out the weekend’s fixture in a bid to help him be fit in time for the visit of Leverkusen. If the Russia international striker remains out, expect Eder to keep his place leading the attack for Yuri Semin’s side.

With Havertz watching from the stands, Leverkusen were held at home by Freiburg at the weekend. Peter Bosz’s team wasted a host of chances to collect all three points, opportunities they can’t afford to miss when they visit the Russian capital. Bayer’s 20-year-old playmaker is unavailable for the trip east as he continues to work his way back from hamstring trouble, however, and he has been joined on the sidelines by Mitchell Weiser. The former Hertha Berlin player was substituted off in the first half against Freiburg, and is out for the rest of the year with an ankle ligament injury. Captain Lars Bender is expected to take his place on the right-hand side of the defence. There were positives to take from the 1-1 draw with Freiburg, though, namely the first Leverkusen goal of Moussa Diaby’s career. The Frenchman could have earned himself a start in Russia, but Leon Bailey is also available having sat out Saturday’s game through suspension. Another man who will miss out, though, is Nadiem Amiri, who was red carded in the 2-1 win over Atletico Madrid last time out. Die Werkself will be unable to finish in the top two if they fail to beat Lokomotiv.

This game will be Leverkusen’s 100th in the Champions League, having competed in every stage from group stages to the final at least once.
To have any chance of qualifying for the knockout rounds or the Europa League, Peter Bosz’s side must avoid defeat in Russia.
Lokomotiv have not picked up a point in the competition since their 2-1 win over Leverkusen in the opening group stage game.
Kevin Volland is Leverkusen’s top scorer with six goals in all competitions so far this season.
Two of Leverkusen’s goals scored in the competition so far this season have been own goals, while Volland scored the other.
Verdran Corluka, Benedikt Höwedes and Farfan are all former Bundesliga players now plying their trade with Lokomotiv.

SARRI: NO CALCULATIONS VS ATLETICO