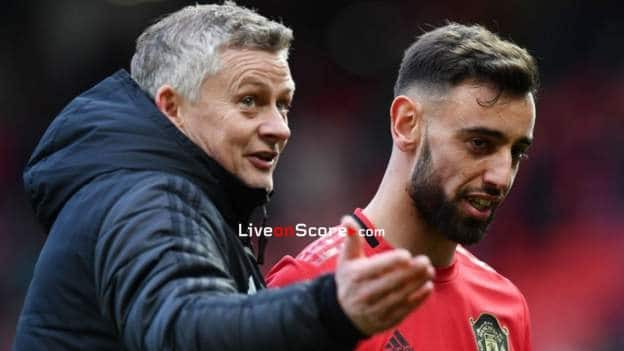 Manchester United: Will Old Trafford side push for major honours this season?

Manchester United’s European exploits meant they were granted an extra week before the start of their season, but the intervening period has done little to answer any of the questions hanging around Old Trafford in the build-up to their Premier League opener with Crystal Palace on Saturday.

On the plus side, United are a Champions League team again. In his first full season as manager, Ole Gunnar Solskjaer delivered a third-place finish – something United have bettered only once since Sir Alex Ferguson retired in 2013.

It took the January arrival of Bruno Fernandes to really turn the team’s fortunes around, but Solskjaer also developed an identifiable style of play, which brought three victories over Manchester City. United finished their Premier League campaign with a 14-match unbeaten run, something they have exceeded only once since Ferguson’s exit.

However, hopes of a first trophy since 2017 disappeared in tame semi-final cup exits to Chelsea and Sevilla. And the anticipated influx of new players – beyond the £35m arrival of Dutch midfielder Donny van de Beek – is yet to materialise.

So can United fans look forward to a sustained push for major honours – something they have not done since the Ferguson era – or, as in 2014, 2016 and 2019, will they go backwards after a top-four finish?

Have they had a good window? 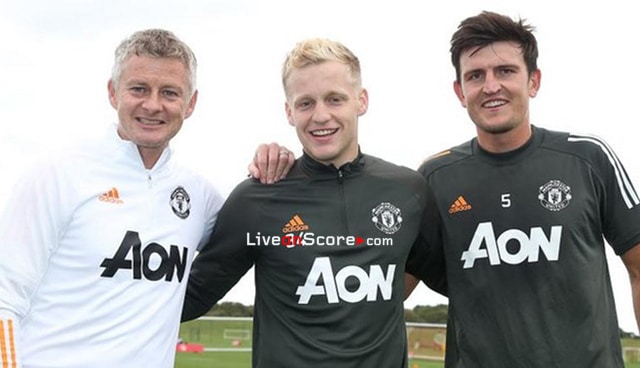 Anyone reading about this subject on social media would come to the conclusion it has been terrible. Yet that tends to ignore some pretty key points.

Both arrivals have increased the quality and depth available to Solskjaer. They also allow for a change in formation that did not exist prior to last season.

Solskjaer could stick with the 4-3-3 that served him so well last term, with Van de Beek as back-up in midfield. Alternatively, he could go with a diamond and two strikers, so Mason Greenwood, Marcus Rashford or Anthony Martial may find their place at risk.

The likelihood is Solskjaer will shuffle his team around depending on the opponents. However he chooses to go, the Norwegian would have someone on the bench he could feel more confident about using before the 87th minute of a key game, which was the case in that defeat by Sevilla in Cologne.

Man with a plan – but finances have been hit
It has not always been the case, but United have started buying to a plan.

Since last summer, there has yet to be an absolute failure, and even the one man there are doubts about – winger Daniel James – came at relatively low cost and performed superbly in his first few weeks as a United player.

In addition, Solskjaer has got rid of players he either had no use for or did not want to be around, including forwards Romelu Lukaku and Alexis Sanchez.

However, BBC Sport was told by a number of sources the idea was for last season to be the start of something substantial – and that required more signings.

In that respect, United have hit a problem.

Their long-running pursuit of Jadon Sancho is stuck because they cannot agree a fee with Borussia Dortmund. Alternatives are being considered, but Gareth Bale seems more likely to end up at Spurs and Ivan Perisic, a target from the Mourinho era, would come at a hefty cost wage-wise.

And this is where the real issue lies.

The financial impact of the coronavirus pandemic is hitting United hard. Every time a game at Old Trafford is played behind closed doors, it costs the club about £5m in lost income.

The true cost of Covid-19 will be outlined later this month, when the club release their end-of-year financial results but, without clarity over when supporters will be allowed back in stadiums in any significant number, they are loath to stretch themselves more than they are able.

It also creates a difficulty when it comes to selling players, because – of course – most other clubs are in the same position as United.

What are the other big issues?
The goalkeeping position is an obvious one.

The return of Dean Henderson from two seasons on loan at Sheffield United, with a new contract that runs to 2025, has created an interesting dynamic. Henderson’s performances at Bramall Lane propelled him into the England squad.

But it is only 12 months since David de Gea signed a new four-year deal and, after some difficult days last season, the Spain international ended the season in decent form and is expected to start the season as first choice.

It looks impossible to keep both men happy indefinitely. The initial loser will be Sergio Romero, who made 17 appearances last term and was never on the losing side. The 33-year-old is not seen as durable enough to play more often and will leave if a buyer can be found.

Then there are the off-field issues surrounding captain Harry Maguire and, more recently, Greenwood.

A Ferguson disciple, Solskjaer will know it is almost certain the Scot would have railed against a media frenzy in public and backed his players, building up trust while at the same time administering a stern warning behind the scenes.

It is easy to see Solskjaer following suit when he faces the media for the first time on Friday. That is admirable. But longer term, he needs to show he is capable of rousing his players as well as comforting them.

As United are fond of telling everyone, their aim is to win trophies. Solskjaer needs to start doing it.