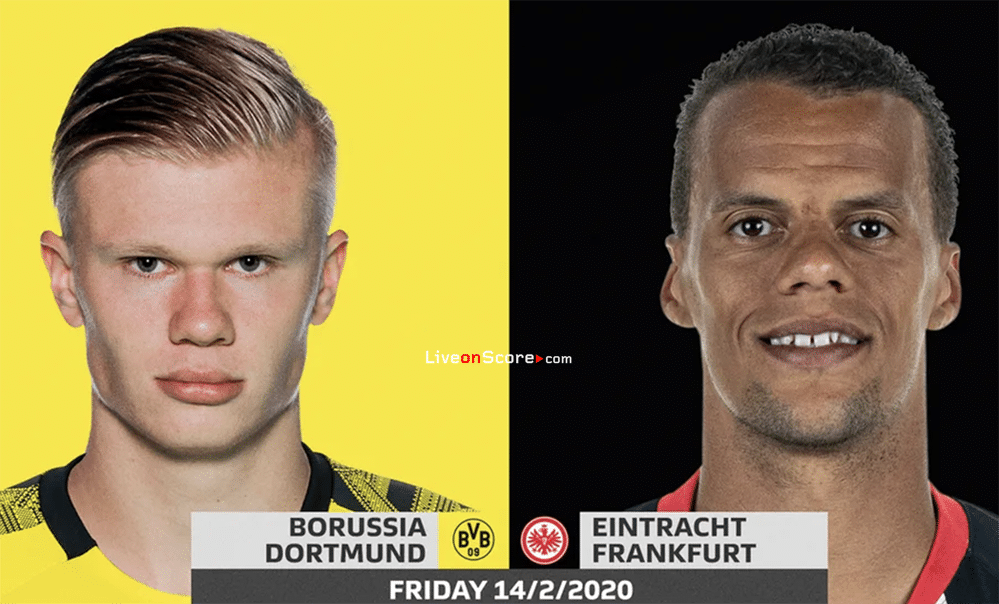 Erling Haaland is out to end his one-match goal ‘drought’ when Borussia Dortmund kick off Matchday 22 at home to in-form Timothy Chandler and Eintracht Frankfurt on Friday (kick-off: 8.30pm CET/7.30pm GMT/2.30pm ET).

Haaland drew a blank for the first time in his still young Dortmund career as BVB were beaten in dramatic circumstances away at Bayer Leverkusen (4-3) last Saturday. The 19-year-old Norwegian had previously set a league record with his seven goals in his maiden three Bundesliga outings as Borussia got off to the joint-best scoring start to a Rückrunde. Lucien Favre has a decision to make on his side’s creative focal point with captain Marco Reus and the impressive Julian Brandt both out of action. American teenager Gio Reyna is a possibility according to Favre, but the Swiss coach may opt for experience by recalling Thorgan Hazard. Full-back Achraf Hakimi has this week become a father for the first time back in Spain, but the Real Madrid loanee is expected to return in time for Friday’s game.

Frankfurt have started the new year in equally impressive form with three wins and a draw from four Bundesliga games, as well as knocking out RB Leipzig in the DFB Cup. Much of that has been down to the somewhat surprising goalscoring run of Chandler, whose four goals are second only to Haaland since the winter break. The USMNT defender-turned-midfielder could come up against compatriot Reyna on his flank, while his counterpart on the left, Filip Kostic, is in equally excellent shape. The Serbia international has five goals and two assists in his last four competitive outings, including a brace of each, to go with Chandler’s two goals, in Die Adler’s 5-0 demolition of Augsburg last Friday. The winger is now second to only Robert Lewandowski for points in this season’s Bundesliga Fantasy Manager. Adi Hütter has striker Bas Dost back fit again following a bad stomach bug, but looks set to continue with AC Milan loanee Andre Silva up top after goals in back-to-back games.

Haaland’s seven Bundesliga goals in his first three games is a Bundesliga record. His blank against Leverkusen was his first in five competitive appearances since joining Dortmund in January.
Jadon Sancho made his Bundesliga debut against Frankfurt in 2017. His 13 assists this season is a league high, and second only to Kevin de Bruyne (15) in Europe’s top five leagues.
BVB are the only Bundesliga team yet to lose at home in any competition this season. Their 18 goals in the first four games of the Rückrunde also equals the Bundesliga record set by Borussia Mönchengladbach (1973/74) and Bayern Munich (1983/84).
Chandler has scored four goals in his last four Bundesliga games, which is one more than in his first 106 matches for Frankfurt. Only Haaland (seven) has more goals in 2020 than the USA international.
Kostic has scored four goals and provided two assists in his last two competitive games. Since the winter break, only Haaland and Sancho (both seven) have been involved in more Bundesliga goals than the Serbian winger (six).
Frankfurt have a joint-league-best 10 points from their four league matches in 2020, but they haven’t won away in Dortmund since February 2010, losing all eight visits since.

Who has most assists in Europe's big five leagues this season?