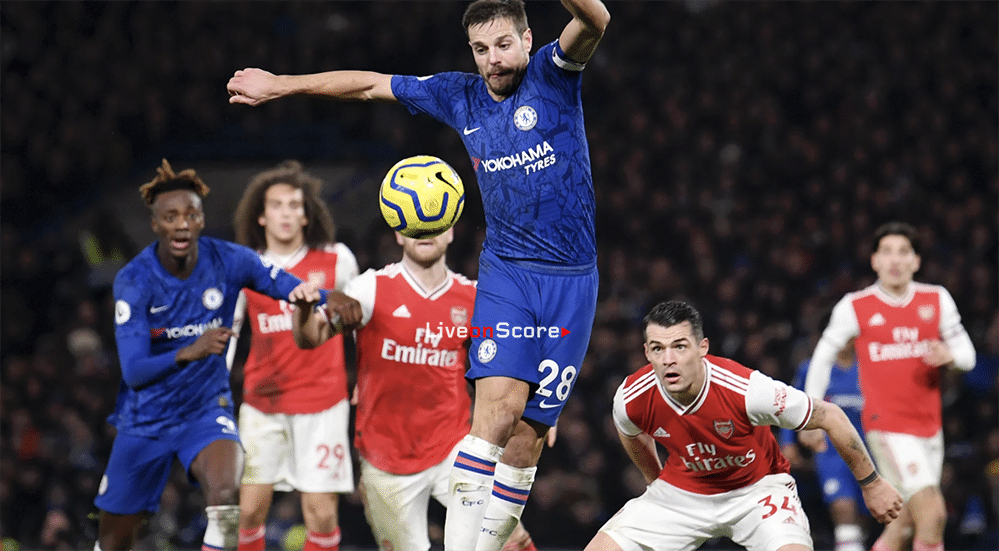 The Blues frustratingly let two points slip at Stamford Bridge against 10-man Arsenal who twice came from behind – and a slip played a big part in it.

All was set fair for Frank Lampard’s men, with a one-goal lead from the first half, scored by Jorginho from the penalty spot following a foul on Tammy Abraham which resulted in our former player David Luiz being dismissed, and we were pushing hard for a second goal.

But with just over an hour played and from a Chelsea corner, the visitors counter-attacked and were aided greatly when N’Golo Kante fell at the vital moment. Gabriel Martinelli was the Arsenal goalscorer.

However we took the lead again inside the final 10 minutes when Cesar Azpilicueta scored from a corner but it was not enough as our London rivals levelled for the second time in the game soon after – Hector Bellerin sending a low shot through the home side’s defences.

There was the additional concern after the final whistle of injured topscorer Abraham being helped off the pitch.

The first 45 goes the Blues way

There was no repeat tonight of the sluggish start by Chelsea in what ultimately proved our win at the Emirates in December. Although it took just under half-an-hour to take the lead, a goal always looked possible before that.

Kepa did get away with a misdirected kick out in the game’s first moment of drama but Chelsea cut Arsenal open in the sixth minute when Callum Hudson-Odoi linked up with Azpilicueta to tee up Mateo Kovacic. The shot was blocked by Mustafi (very painfully so with where it hit him!) and the Chelsea crowd was not amused when the ref brought play to a halt for what certainly wasn’t a head injury. The ball had struck the defender quite a lot lower.

Andreas Christensen sent a corner wide of the Arsenal goal with a stooping header before on 15 minutes, Abraham headed on-target after Rudiger had nodded back a Hudson-Odoi cross but it was too close to the keeper. 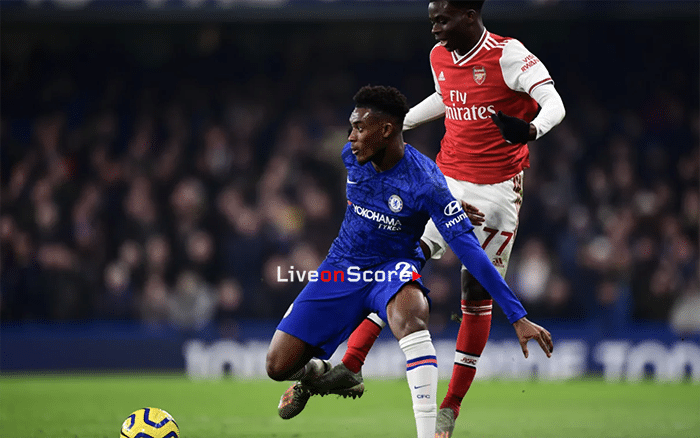 Chelsea were severely testing the Gunners rearguard and Hudson-Odoi was looking bright. He looped a ball towards goal which bounced off the top of the crossbar.

A return to forget as Chelsea go ahead

Arsenal were creaking and on 25 minutes they snapped. David Luiz had not been given the warmest welcome back by a section of the Stamford Bridge crowd and now he had to face derision after giving away a penalty and seeing a red card.

To be fair to the Brazilian who left us in the summer, the problems all started with his partner in the Arsenal defence, Mustafi, misplacing the ball to Abraham who took it past Bernd Leno. He was about to shoot for the empty net when David Luiz desperately made a challenge and took him down. For denying Tammy the chance, he was off. 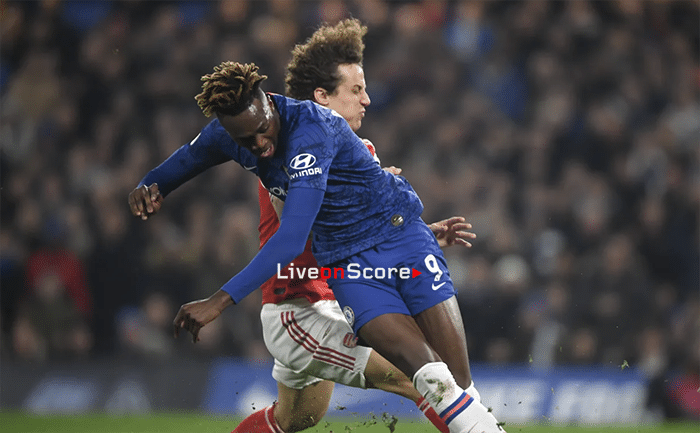 Leno went the right way when Jorginho took the penalty but our no.5 tucked it right into the corner.

Hudson-Odoi played a one-two with Kante and drew a save from the Gunners goalie as Chelsea came close to quickly making to 2-0.

Arsenal did enjoy their best period of possession after that, leading up to half-time, but did little of note with it. Rudiger headed an Emerson corner over the bar and Kovacic was off-target with a header of his own as Chelsea continued to threaten.

Chelsea claimed a handball by Saka inside the penalty area early in the second half, followed by plenty of moves around about the Arsenal penalty area. What was lacking were shots.

It was extremely hard to see an Arsenal equaliser coming, but with 63 minutes played it did. And it came from a Chelsea corner. As Arsenal cleared the ball, Martinelli slipped past Emerson and was away on the break. Still there was Kante back, surely the ideal player to deal with the danger, but disastrously the Frenchman slipped and Martinelli now only had Kepa to beat, which he did confidently. 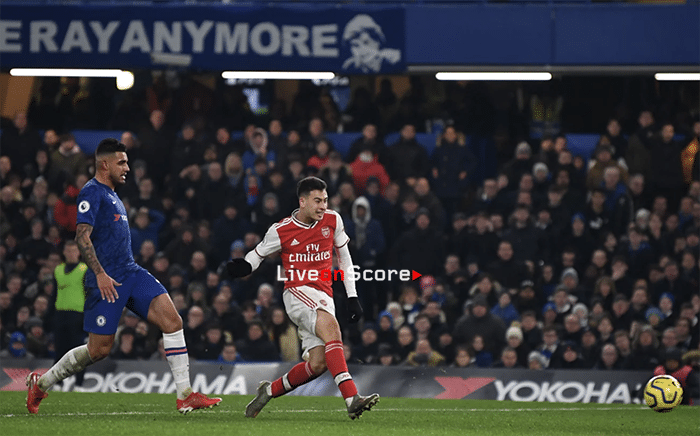 Willian had a shot from an angle saved having been found by Christensen and Abraham met a free-kick well as we sought the lead again, but Leno was in the right place to pouch it. The Arsenal keeper was properly tested by a Barkley back-header and proved equal to the task.

We were inside the final 10 minutes when Azpilicueta looked set to be the hero when he put the Blues 2-1 up. An enterprising, lung-stretching run by Abraham won a corner which was played short and sent over by Hudson-Odoi. Our captain side-footed home. 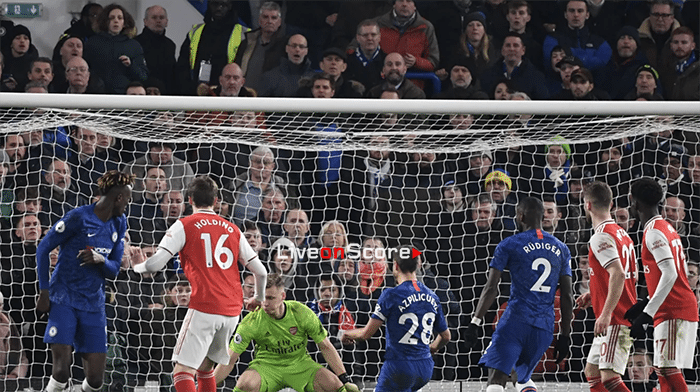 But only three minutes later we allowed the Gunners’ skipper, Bellerin, to cut inside and level the scores at 2-2 with a shot from the edge of the area that beat the reach of Kepa and found the far bottom corner. Agony! We had been denied victory in the 200th staging of this London derby.

Frank Lampard made two changes in the wake of the defeat at Newcastle. One was forced upon him with Reece James missing tonight due to the injury suffered in that game. Azpilicueta switched wings and Emerson returned at left-back. The other was in midfield where Kovacic was preferred to Mount.

Arsenal made just one change with Bellerin in at full-back and captaining the side. Their topscorer Pierre-Emerick Aubameyang was suspended.