England ready to compete for trophies 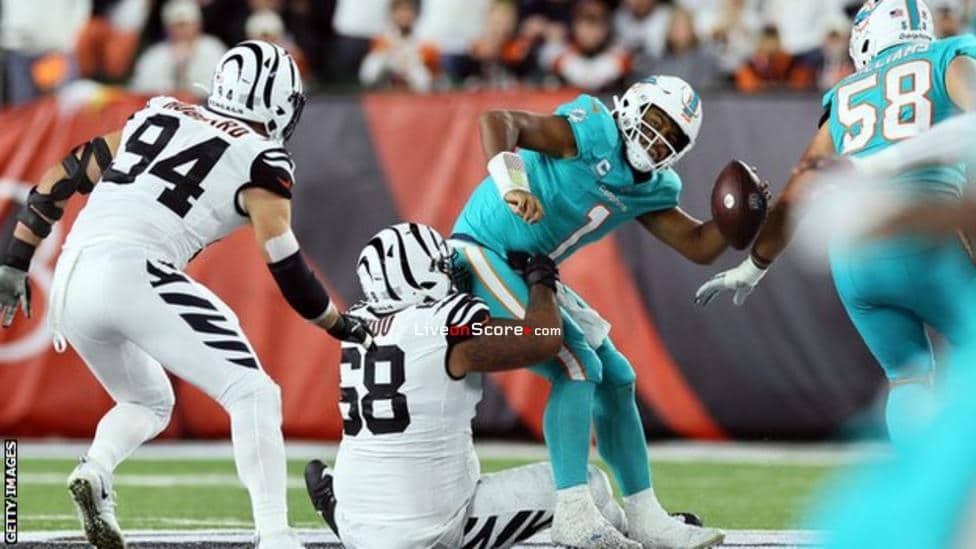 Miami Dolphins quarterback Tua Tagovailoa suffered a concussion against the Cincinnati Bengals, four days after being injured in their previous game.

Tua’s hands appeared to spasm after being sacked by Josh Tupou.

He was taken off on a stretcher but the Dolphins said he would be fit to fly home.

On Sunday, Tagovailoa looked unsteady on his feet after a big tackle against the Buffalo Bills.

The NFL and its players’ union are investigating whether concussion protocol was followed on Sunday.

The 24-year-old was evaluated after that incident but was cleared to return to the field for the second half.

“Player health and safety is at the core of the union’s mission. Our concern tonight is for Tua and we hope for a full and speedy recovery,” said the NFL Players Association.

“Our investigation into the potential protocol violation is ongoing.”

The NFL said that every indication was that proper protocol had been followed on Sunday.

NFL chief medical officer Dr Allen Sills later said Tagovailoa was checked for concussion symptoms every day this week and cleared to play on Thursday by an independent neurologist.

Tagovailoa played on Thursday after being listed as questionable beforehand because of a back injury.

Of Thursday’s incident, which led to a 10-minute delay while Tua was treated on the field, Dolphins head coach Mike McDaniel said: “It was a scary moment.

“He was evaluated for a concussion and is in the concussion protocol.

“All of his team-mates and myself, we were all very concerned, so the best news that we could get is that everything’s checked out, that he didn’t have anything more serious than a concussion.”

The Dolphins went down to their first defeat of the season, losing 27-15 to the Bengals.

Before kick-off, neuroscientist and concussion campaigner Christopher Nowinski had claimed Tua should not take part in the Dolphins’ meeting with Cincinnati after the incident against the Bills.

England ready to compete for trophies