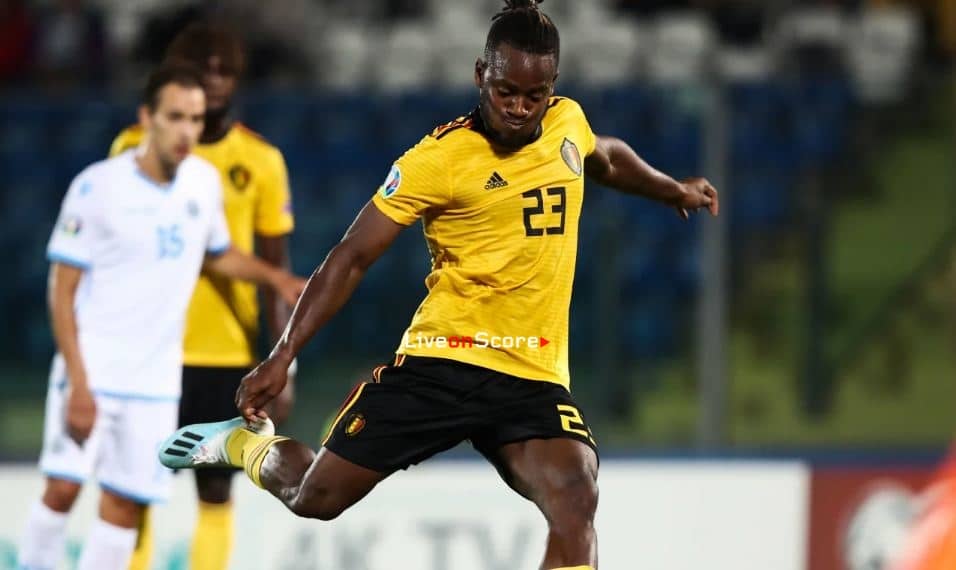 The opposition were San Marino with Belgium playing at home. Batshuayi started the game and found the net with a well-placed penalty two minutes before half-time following a handball.

The World Cup semi-finalists, who were without our former player Eden Hazard, were made to work hard for their win by their lowly ranked opponents but further goals from Dries Mertens and Nacer Chadli in the second half put them in a comfortable position. Batshuayi headed in at the far post two minutes into added time at the end. Belgium have won five out of five of their qualifiers so far. Next up is a game against Scotland.

There was a win too for Wales for whom Ethan Ampadu started. They beat Azerbaijan 2-1 in Cardiff with Ampadu, currently on loan at RB Leipzig, playing the first 75 minutes in midfield. The score was 1-1 when he went off – Azerbaijan having scored a first-half own-goal but then equalised on the hour. Gareth Bale rescued the three points with a late goal moving Wales up to third in their group and keep their Euro 2020 qualification hopes alive. They play Belarus on Monday.

Mario Pasalic, on loan at Atalanta, was a late sub for Croatia in a 4-0 win away to Slovakia. The Croatians, who were without injured Mateo Kovacic, are level on points with Hungary at the top of Wales’ group.

Trevoh Chalobah and Marc Guehi both made their England Under-21 debuts when they played the whole of a game away in Turkey earlier today. The match was the start of another cycle of qualification for the European Championships at this level and it was a dramatic start for our two Academy products.

England opened the scoring through Eddie Nketiah after just four minutes but were losing 2-1 shortly after the start of the second half. However the Young Lions pulled it around with Nketiah netting his second on 74 minutes and Arsenal’s Reiss Nelson following that up with the winning goal to make it 3-2 just a minute later.

Chalobah, who is on loan at Huddersfield, played in midfield. Guehi, our development squad captain, lined up alongside his former Chelsea colleague Jonathan Panzo in central defence. He now plays for Monaco. England U21s next play Kosovo in Hull on Monday.