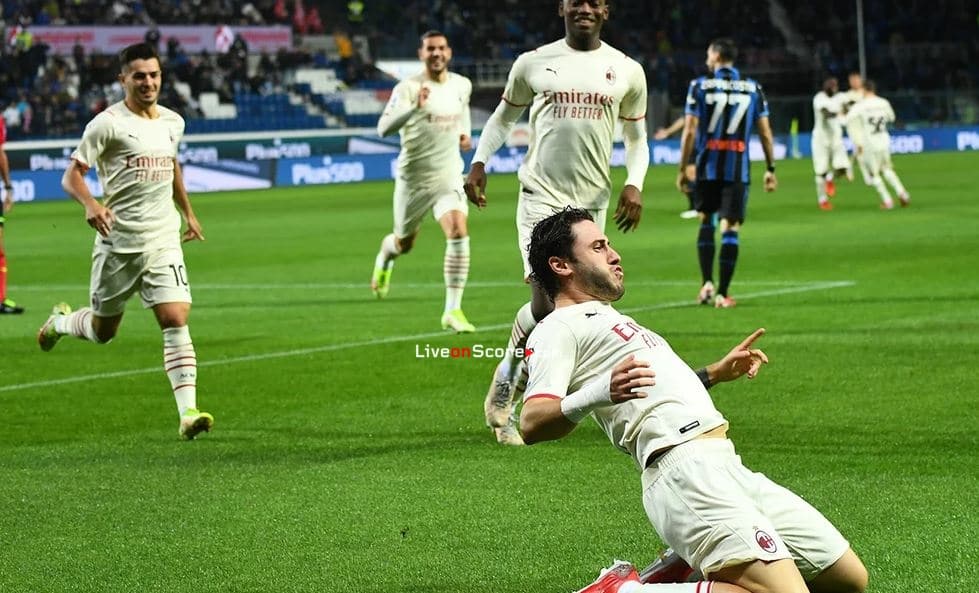 A win where the team’s maturity was fully on display. This evening, the Rossoneri got the better of Atalanta, running out 3-2 winners in Bergamo.

The result isn’t really a fair reflection of what happened, with AC Milan having been by far the superior side at the Gewiss stadium. The deadlock was broken by Calabria after just 30 seconds,

and Tonali added a second just before half-time. The Diavolo’s third, which was scored by Leão,

all but killed off the match, although the hosts responded with two late goals from Zapata (an 85th-minute penalty) and Pašalić deep into stoppage time.

At a tough ground and against high-quality opponents, Coach Pioli’s men built on all they’ve done in the past few months, displaying fluidity, defensive solidity and mental strength, even during a frenetic finale.

There were many positive aspects, from great individual displays to the team as a whole. Furthermore,

Junior Messias came on to make his Rossoneri debut. Following wins over Venezia and Spezia, it was the Diavolo’s third consecutive victory in the league,

and the team have now picked up 19 points from a possible 21. AC Milan thus sit second in the league behind Napoli, who lead the way with a perfect record. It’s now time for the international break, during which the Rossoneri can take a deep breath, get their injured players back and turn up to their next league fixture ready to go again. This will be a 20:45 CEST kick-off against Hellas Verona at San Siro on 16 October.