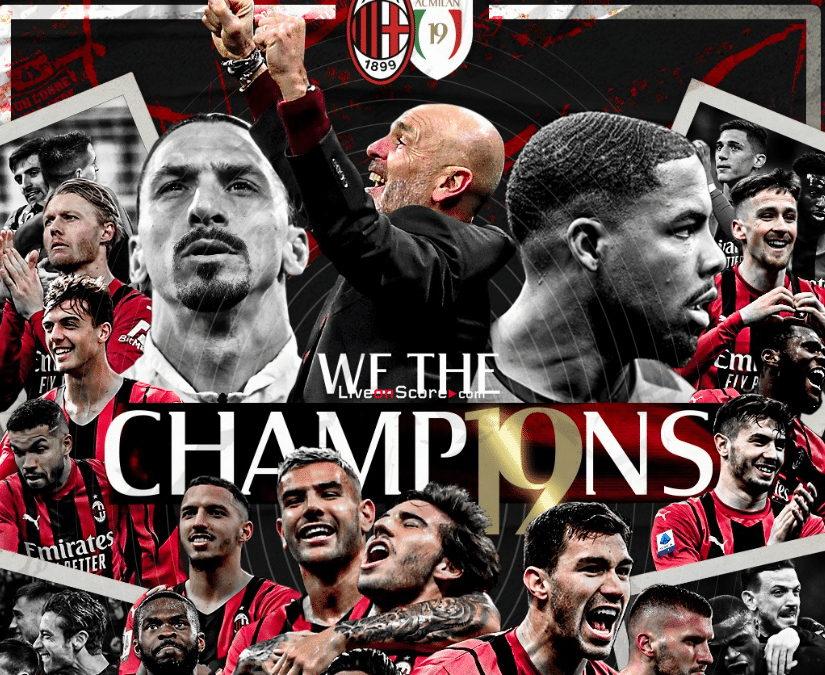 Milan have won their first Serie A title since 2010-11

Milan have won their first Serie A title since 2010-11 after a dominant performance away to Sassuolo, with a hat-trick of Rafael Leao assists for Olivier Giroud’s brace and Franck Kessie.

The Rossoneri knew a point at the Mapei Stadium would be enough to secure the Serie A title, as they had a superior head-to-head record with arch-rivals Inter and a two-point lead going into the final round. Simon Kjaer was the only absentee, while the Neroverdi missed Jeremy Toljan and Pedro Obiang. Over 18,000 Milan fans were in Reggio Emilia, so it felt like a home match.

Olivier Giroud got his head to a free kick, but Andrea Consigli’s save was equal to it, then a flurry of opportunities in the space of a few minutes. Ferrari flung himself in the way to stop Rafael Leao scoring clear on goal, then on the corner Fikayo Tomori tried to chest it in only to be denied by a Maxime Lopez goal-line clearance.

Alexis Saelemaekers and Leao forced more saves from Consigli, but they got the breakthrough after 17 minutes.

Leao harassed Kaan Ayhan into losing possession, then shrugged him off again on the run, the pull-back for Giroud took a deflection, but the Frenchman still swept the ball through the legs of both Ferrari and Consigli from 10 yards.

Consigli flew to palm a Sandro Tonali scorcher out from under the crossbar, then parried both an Alexis Saelemaekers half-volley and the Theo Hernandez follow-up.

The second goal arrived when Leao again robbed a defender, this time Ferrari in the box, and pulled back from the by-line for Giroud to once more fire in from 10 yards.

The third goal came from the right flank with Rade Krunic stealing it from Maxime Lopez, but it was yet another Leao assist from the by-line, this time for Franck Kessie to sweep in with the inside of his left boot from eight yards.

Mike Maignan’s first real save was a huge one, getting down to claw away Davide Frattesi’s glancing header from a free kick at the far bottom corner.

The second half was mainly just controlling the situation, though Berardi was the last to give in and had to come off with a groin strain.

Zlatan Ibrahimovic also made a cameo appearance off the bench and had the ball in the net from what would’ve been a fourth Leao assist, but this time the Portuguese winger was offside.

Hamed Traore almost got a consolation goal in the final minutes, but his strike bounced off the base of the upright, while Davide Calabria forced a save from point-blank range on another Leao assist.

It is the first Milan title for 11 years, but also the first time Stefano Pioli has won any silverware as a coach.