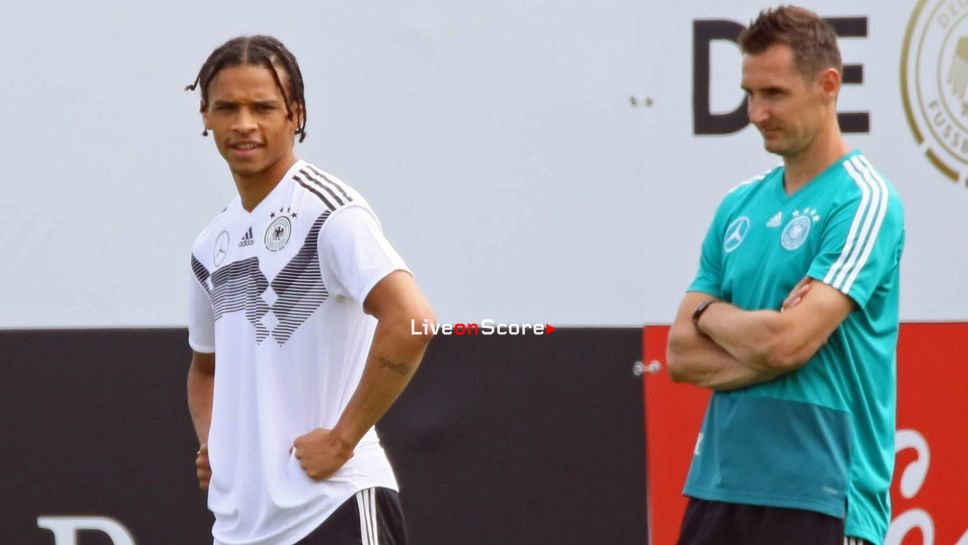 After an outstanding debut season in the English Premier League with 15 goals and 11 assists to help Manchester City win the title, many expected Sane to play at his first World Cup in Russia this summer.
But Germany head coach Löw instead chose Leverkusen’s Brandt, reasoning that Sane had not yet arrived in the national team. Having also watched both young talents in training, Klose supports Löw’s decision.

Leroy knows he’s incredibly talented, he has speed that you rarely see anywhere, Klose told German publication Sport Bild. He has made his mark over in the Premier League. But to be honest, he has had a lot of playing time with us in training and in games, but he hasn’t caught fire as often with us as in the Premier League.
Twenty-two-year-old Sane reacted with a message of support for the defending world champions on social media. It was a move which caught Klose’s eye.
I thought it was really amazing how he reacted, – Klose said. He didn’t complain, but announced that he wanted to look for a new chance in the national team after the World Cup.
It was a very close decision. He accepts this very positively. He knows that he has to draw his conclusions from why it happened, but I’m glad he has accepted it.