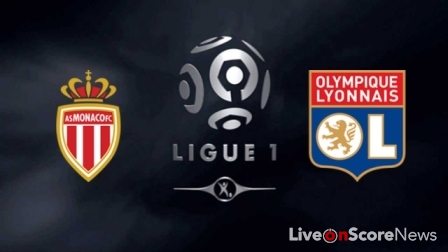 Monaco vs Lyon – Preview and Prediction

Monaco vs Lyon Prediction, Betting Tips and Preview
The great derby match we expected at the Louis II stadium where will meet Monaco and Lyon. Both teams have a lot of problems this season. Monaco still searching for the home win. On the other side, Lyon has played a very defensive football in the last few matches, except in defeat from Bordeaux, and they have continued this style in the last round which brought them another three points. In the last four matches between these two teams, Lyon won only once, in September last year. Match starts: 16.10.2015 19:30.
Monaco’s desperate play at home still continues and when they start to win at home, they certainly will raise significantly in the standings of the Ligue 1. Monaco scored only 3 goals in four matches ripped out only draws with Lille 0:0 and Rennes 1:1, but two times defeated from Psg 3:0 and Lorient 3:2. The completely different they have played as a guest and by the points they have brought from away matches, they are currently in the second place behind PSG. They have won Nice 2:1, Ajaccio 1:0 and Montpellier 3:2 and drew with Toulouse 1:1 and Guingamp 3:3.
After the bad start, Lyon has played much better in the last two matches and beating Bastia 2:0 and Reims 1:0, they occupying six places in the table. As a host, Lyon has two draws of 0:0 with Lorient and Lille. As a guest, it is the reverse situation. They made a good start beating Guingamp 1:0 and Caen 4:0 but then came draw with Marseille 1:1 and defeat from Bordeaux 3:1

Missing players
Monaco have few very important players who can not play on this match against Lyon. Costa and Bahlouli are injured and they can not help their team on this game. Another two players who will not play are Carvalho and Raggi, both of them are suspended. All other players are ready for this match and they are highly motivated to earn three very important points at home.
On the other side Lyon have few missing players for this match against Monaco. Fekir, Fofana and Grenier are injured and they will not play on this game. All other players are ready for the match and they believe in success, but they know that have very hard match against Monaco.
Possible starting lineups
Monaco: Subasic, Fabinho, Diarra, Wallace, Coentrao, Toulalan, Silva, Traore, Lemar, El Shaarawy, Dirar
Lyon: Diallo, Mendes, M’Benque, Armand, Diagne, Doucoure, Andre, Pedro Henrique, Moreira, Baal, N’Tep
Monaco vs Lyon Prediction
We expect one very tough football match Monaco vs Olympique Lyonnais. Both teams will play very strong football in defending and they will play very aggressive in midfield. For sure it is derby match and we expect real fight for points and both teams have a chance to do that. Monaco will play without few very important players and Lyon will have great chance to earn points on very hard away match. However our prediction and betting tips for match Monaco vs Lyon Prediction: Draw after first half time. Also we expect to watch match with lots of chances on both sides, and we will see scoring