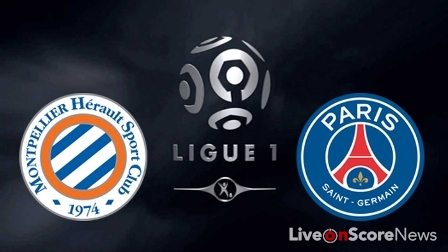 The defending champions in Ligue 1 Paris Saint-Germain come back to the scene where they repeated as champions, as they face Montpellier tomorrow night at Stade de la Mosson. This time, it’s the top team going up against the team that’s in the bottom of the table. The game will be live on beIN Sports here in the United States.

Players to Watch: Although he was expected to leave during the Summer Transfer Window, Anthony Mounier is still wearing a Montpellier jersey. Despite the fact that Morgan Sanson is injured, Mounier is going to be La Paillade’s talented player! Rolland Courbis is expecting Mounier to be a big threat against PSG. Ryad Boudebouz will be another player to watch for La Paillade. La Paillade is hoping that he turns up and becomes a threat. For PSG, Benjamin Stambouli will be a player to watch. Stambouli played for Montpellier between 2010-2014 making 129 appearances and scoring four goals. Stambouli also played in their youth system. The big question is will he be booed or cheered? I say that because last week, Stambouli was booed by PSG supporters because he had associations with Marseille. I expect him to get cheered by Montpellier supporters tomorrow. If Stambouil starts, he will add tenacity to the midfield.

Key Battles: It’s been a tough season for Montpellier’s new signing in Ramy Bensebaini who is still trying to find his groove in Ligue 1. I can also say the same thing for Edinson Cavani, who hasn’t scored a goal this season. Cavani has to improve but hasn’t found that success. The matchup I see is Bensebaini and captain Vitorino Hilton against Canavi. Based on their bodies of work, they need to get some chemistry in that defensive backfield.

Prediction: With PSG on top of the table and Montpellier at the bottom, this should be an easy walk in the park for PSG. PSG are winning, and that’s what Laurent Blanc wants. PSG wins with a 0-2 score line to continue its dominance in Ligue 1.

Wolfsburg vs Hertha Berlin-Preview and Prediction

Mainz 05 vs Bayern Munich-Preview and Prediction