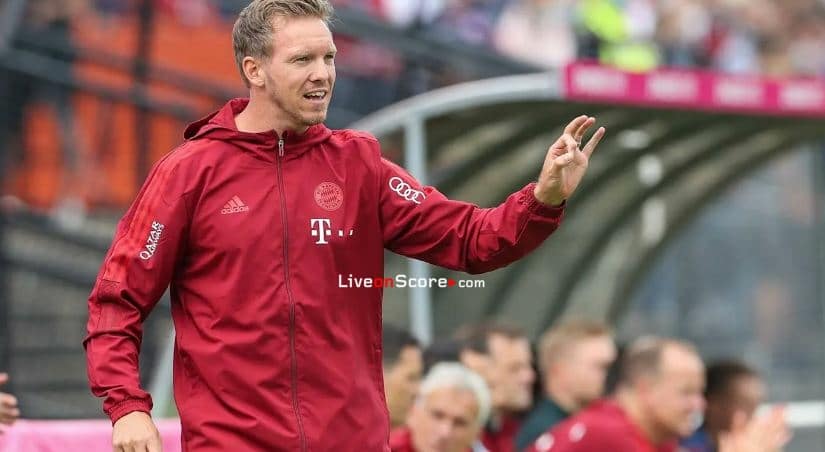 A smile still flashed across Julian Nagelsmann’s face, with the 3-2 defeat to Köln not dampening the positive feeling. “It’s nice to be coach at FC Bayern,“ the new boss said following Saturday’s friendly in Villingen. The 33-year-old didn’t get a win to mark his debut, but he definitely gained some valuable insight. Nagelsmann didn’t complain for long, instead going straight into the analysis. “In terms of the chances, a draw would’ve been deserved. We had good moments going forward, we created the goals nicely,” he praised.

Nagelsmann: An entertaining friendly
Armindo Sieb and Joshua Zirkzee got the goals for Bayern, while Jan Thielmann and Mark Uth (2) got them for Köln. “We had some other chances. On the whole, it was an entertaining friendly. And the fact there were finally spectators there is also nice. We can take something positive from this,” Nagelsmann said.

He was focussed, followed the game chewing gum, and mostly sat in a white plastic chair, with a serious expression. His commands were clear, his gestures unambiguous. He put a lot of emphasis on giving structure to the many young players in the team. “A few players did very well. You could also see that one or two other still need rhythm. That’s normal,” the coach summarised.

Debuts for Upamecano and Richards
Nagelsmann made eight substitutions for the second half, but had started the game with summer signings Dayot Upamecano and Omar Richards in the team.