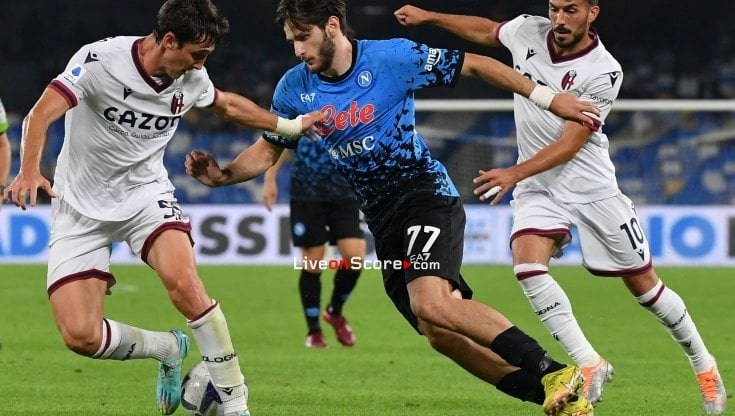 Napoli beat Bologna to return to top of Serie A

Napoli came from behind to beat Bologna and return to the top of Serie A.

Bologna striker Joshua Zirkzee opened the scoring in the 41st minute when he received a pass from Andrea Cambiaso inside the box and fired into the bottom right-hand corner of the net.

Juan Jesus equalised just before half-time, with Hirving Lozano putting the hosts ahead in the 49th minute.

Musa Barrow’s long-range shot made it 2-2, but Victor Osimhen got Napoli’s winner, lifting a finish in the net.

Napoli, aiming to become Italian champions for the first time since 1990, have 10 wins in a row in all competitions and are on 26 points, two ahead of Atalanta, who beat Sassuolo 2-1 on Saturday.

Elsewhere, AC Milan moved up to third thanks to a 2-1 win at Verona in Sunday’s late game.

Lazio are fourth, five points off Napoli, after they extended their unbeaten run to six games in all competitions with a goalless draw against Udinese. 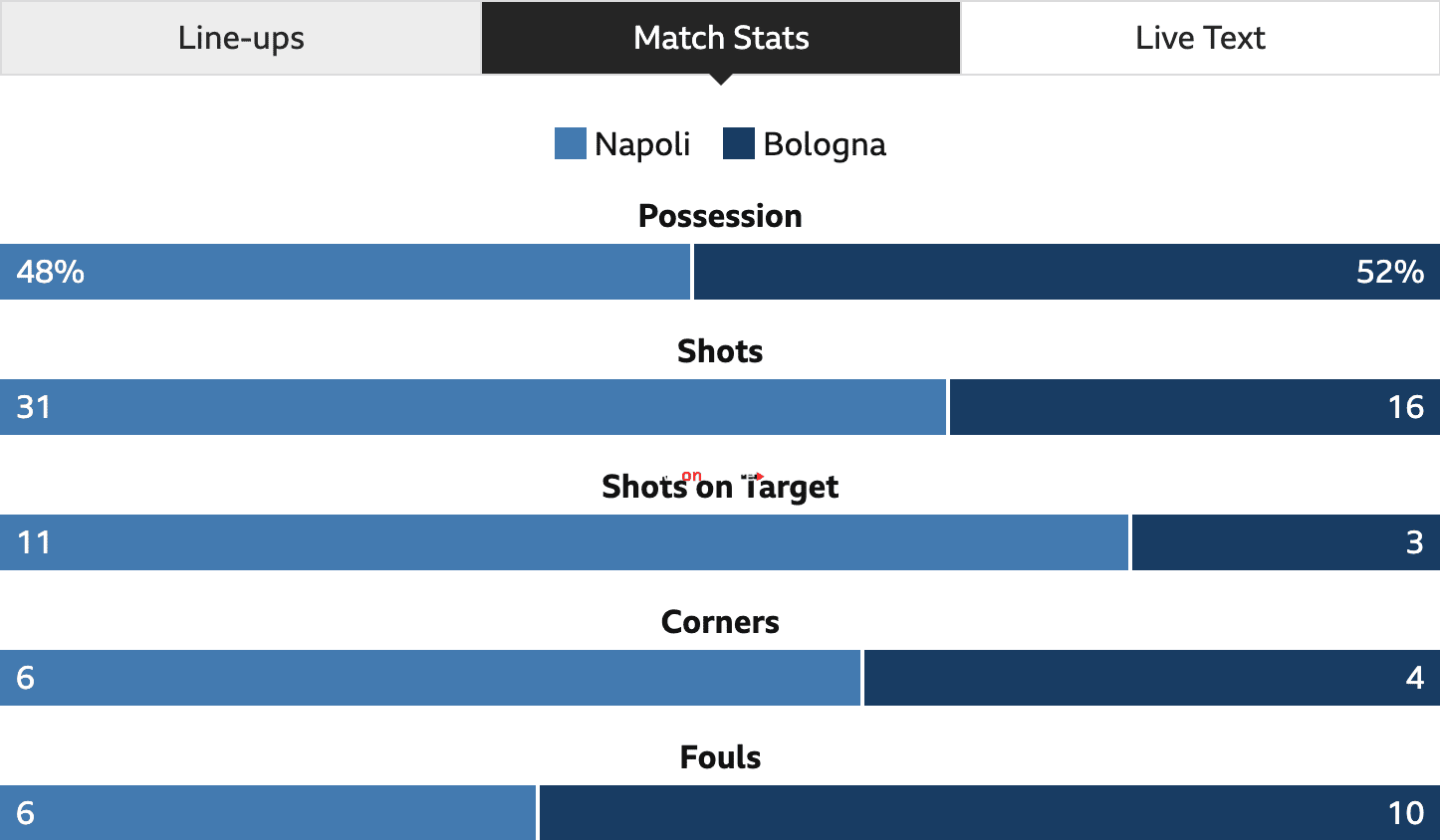 Anfield still a tough prospect for Pep Guardiolas side