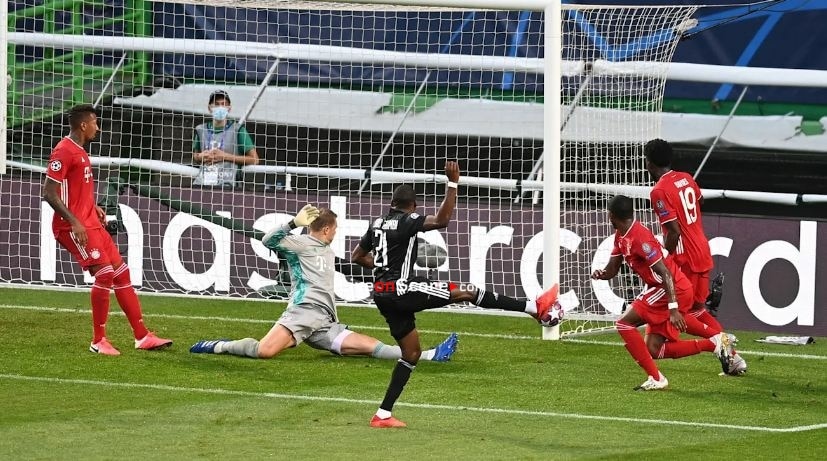 You can’t always defend everything,” said Serge Gnabry, FC Bayern’s star chef, after the 3-0 victory over Olympique Lyon. But what you can’t defend is dealt with by Manuel Neuer! After his strong performances throughout the season, the four-time World Goalkeeper of the Year once again underlined his class against Lyon and played a decisive role in his team’s progress to the Champions League final.

From beginning to end: Neuer shows his class against Depay once again.

After just four minutes, the FC Bayern and Germany captain was in action for the first time. After Maxence Caqueret’s pass, Memphis Depay appeared free in front of Neuer, but the 34-year-old was wide awake, delayed the striker for a long time and worsened the angle for Depay, who subsequently was only able to hit the sidenetting.

No way past him: Neuer (and the post) deny Ekambi.

Before the hour mark Neuer thwarted another chance. Karl Toko Ekambi had only Neuer to beat after a square, but the 2014 world champion made another strong save.