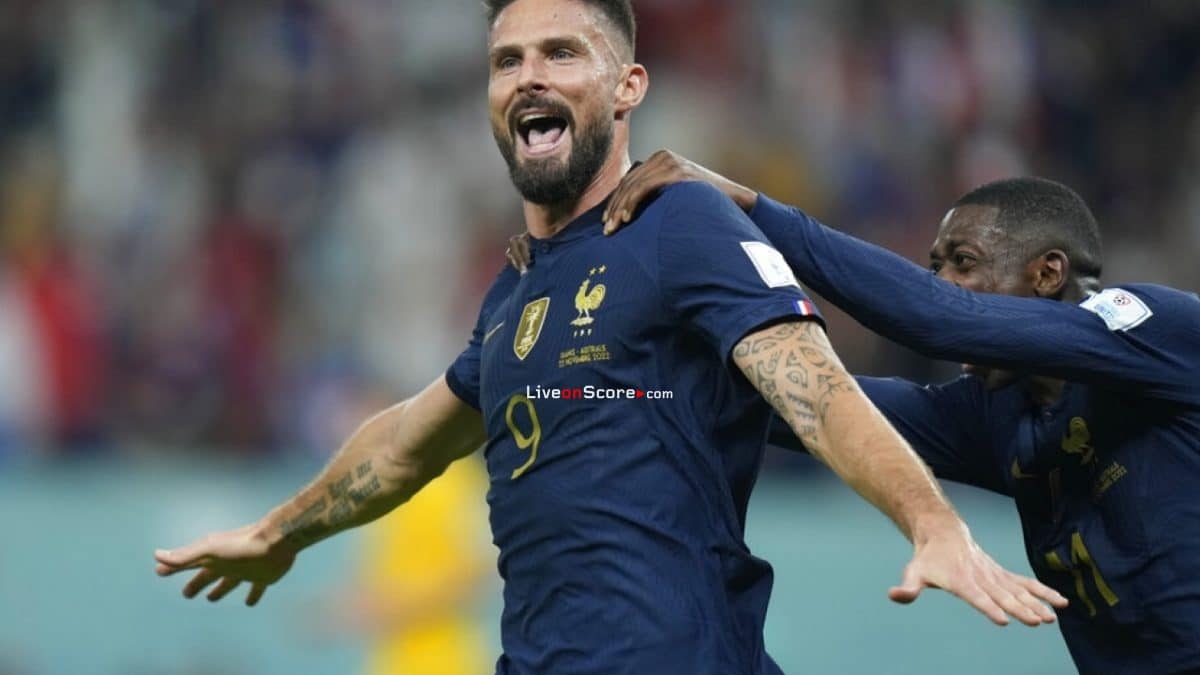 Oft-maligned in a nation where strikers are expected to play with a little more spark, Olivier Giroud (36) scored twice to become France’s joint record international marksman as the world champions opened their title defence at a canter on Tuesday with a 4-1 victory over Australia.

Drafted into the team to play his 115th international after Ballon D’Or winner Karim Benzema (34) was ruled out of the World Cup by injury on Saturday, Giroud put in a typically unfussy but effective display.

Leading the line on his own as Kylian Mbappe (23), Ousmane Dembele (25) and Antoine Griezmann (31) flitted about in the channels behind him, Giroud looked every bit his age as France’s midfield struggled early on and Australia took the lead.

Football purists may have groaned as he ambled around waiting for service but when Adrien Rabiot (27) slid the ball across the box just after the half hour mark, Giroud made no mistake to give France the lead.

His second goal after the break came with a classic centre forward’s header from a Mbappe cross and he lay flat on his back with his hands on his face in apparent disbelief before his team mates hauled him to his feet to celebrate.

“I don’t know if he was thinking about the record, he focuses on what he does on the pitch,” said coach Didier Deschamps.

“He’s very effective, it’s great for him, he’s very useful the way he links up with the team.”
By that stage, any prospect that France might suffer the same kind of shock defeat that Saudi Arabia handed Argentina earlier in the day was long gone.

Giroud came off the pitch in the 88th minute to loud applause, if not exactly an ovation, from the French fans having equalled the tally of 51 goals that Thierry Henry scored in his 123-match international career from 1997 to 2010.
“On a personal level, I couldn’t have hoped for more,” Giroud told reporters.

“It’s a great source of pride and I don’t intend to stop here. I hope to continue in the competition to help the team achieve our goal. Always taking one game at a time, getting stronger.”
The lithe Henry was very much in the French tradition of goalscorers with flair, following in the footsteps of the likes of Michel Platini, Zinedine Zidane and Jean-Pierre Papin.

Giroud could surpass them all in scoring terms in Qatar, even if finding the net again is far from guaranteed given he failed to get a single shot on target as France romped to the title in Russia in 2018.

Deschamps, once himself derided as a midfield “water carrier” by the eminently talented Eric Cantona, did not care a jot as Giroud fulfilled his role in helping the brilliant attacking talent around him unlock defences.

“What matters the most to me is what he does for the team,” Deschamps added.

Who would want to drop Kudus?: The Ghana stars journey from Akosombo to Ajax