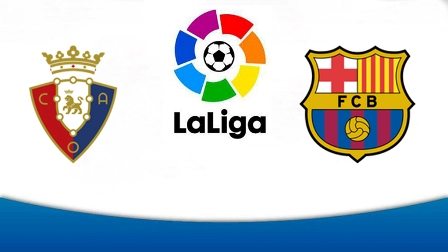 Osasuna vs Barcelona- Preview and Prediction

Osasuna vs Barcelona match is going to be held on 10th December at Estadio El Sadar. It’s an important football clash between two Spanish football teams where they will try to give their best efforts to win this match and climb up in the league table of Spanish La Liga 2016-17. Osasuna suffered a 3-1 away defeat against Gijon and Barcelona held a 1-1 home draw against Real Madrid on their previous league matches.

At the moment, Osasuna has performed very poor and they have secured 1 win, 4 draws and 9 defeats along with bottom position in La Liga 2016-17 table. In other side performance of Barcelona is poor and they have registered 8 wins, 4 draws and 2 defeats along with 2nd position in the La Liga table. Barcelona will start the match as favorite against Osasuna in their crucial fixture of La Liga at Estadio El Sadar.

Predicted result will be an away win for Barcelona.

Lyon vs Rennes- Preview and Prediction