2 weeks ago
All Sports News, Football, Ligue 1, Preview and Predictions

Jorge Sampaoli’s side kicked off their Orlando LaLiga World tour with an entertaining 3-1 win over River Plate. 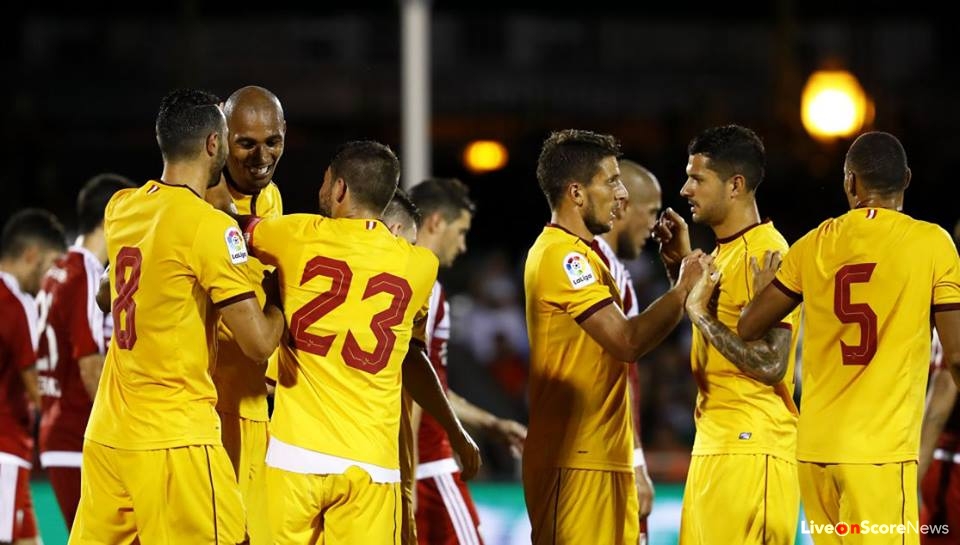 Sevilla FC won the first of the two matches they are scheduled to play in Orlando as part of their LaLiga World pre-season tour, an ambitious international LaLiga project which aims to take Spanish football global. Sevilla ran out 3-1 winners against Copa Libertadores champion River Plate.Despite a two-hour delay due to the weather, there was an incredible atmosphere at the match as almost 5,000 fans filled the stands with colour and noise. With the game taking place at Disney’s facilities, it was Mickey Mouse who took centre stage during the opening ceremony and Goofy who provided the half-time entertainment with a band.
SPORTS ⚽ LIVE STREAM

Kevin Gameiro opened the scoring and Yevhen Konoplyanka doubled that lead midway through the second half. Jorge Sampaoli was pleased with his team’s performance: “We’re on the right track, we’re adapting and we responded well today despite fatigue.”

Nacho M. Trujillo, LaLiga’s managing director of innovation and global development, handed the Man of the Match award to Steven N’Zonzi, who scored Sevilla’s third goal of the game. The Frenchman spoke positively about the win: “You can always learn from every match, especially the tough ones like this one against River Plate. We won and that’s always important, but continuing that work throughout the season is even more so.”

Towards the end of the game, Giovanni Simeone made it 3-1, closing the scoring in the opening fixture of Sevilla’s LaLiga World tour of the United States.