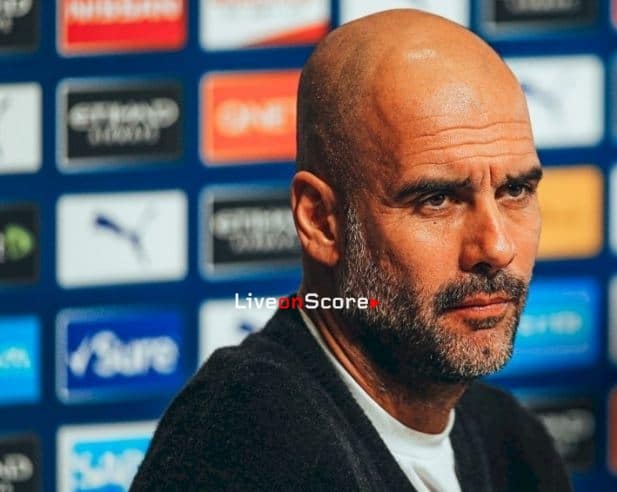 Pep: ‘It means nothing if people write us off’

City fell 11 points behind leaders Liverpool on Saturday, but the Blues’ boss is only interested in how his team play and continually looking to improve where possible
“I like the way we play at Newcastle,” said Pep.
“We had a plan; we spoke about it at training and it happened. We did absolutely everything to win that game.

“They had nine players in the box, so it is difficult. I am very satisfied. We made enough chances and could have done a bit better, but we had enough shots and if people say we are not at our best or this or that, it is not my concern – we have to focus on Burnley. I think we are working well.”
City travel to Turf Moor on Tuesday evening where the hosts have a reputation for being strong in the air and on set-pieces.
Pep admitted the few players in his side with any height will be important.

“Will Rodri be important against Burnley? Yes he will,” he said.

“They are an incredible team with the second ball and not just one player. but two players go to defend the strategy in attack – it’s impossible.

“We have to do it as we always have done with this team and the specific qualities that we have and try to do it.
“To not concede free-kicks and set-pieces is the dream. We have to avoid it because when we give them more possession on the box, they are so good. We have to control he play as much as possible and not concede these opportunities.”
And asked whether Fernandinho’s height could be a problem against the six-foot, two inch tall Chris Wood, he indicated he had already proved against Tammy Abraham (same height as Wood) he can more than hold his own: “It’s not a problem; we beat Chelsea and how fantastic was Ferna?
“But then if we don’t win, people say it is because of Fernandinho – he plays there because it is my decision like him there, but if I decide to play him in another position, he will play on another position, but today, I like him there.
“He is quick and reads the game so well, for the build-up and for many, many things.”

Fourteen madridistas have scored so far this season

Robert Lewandowski is in top 10 at the Ballon d'Or