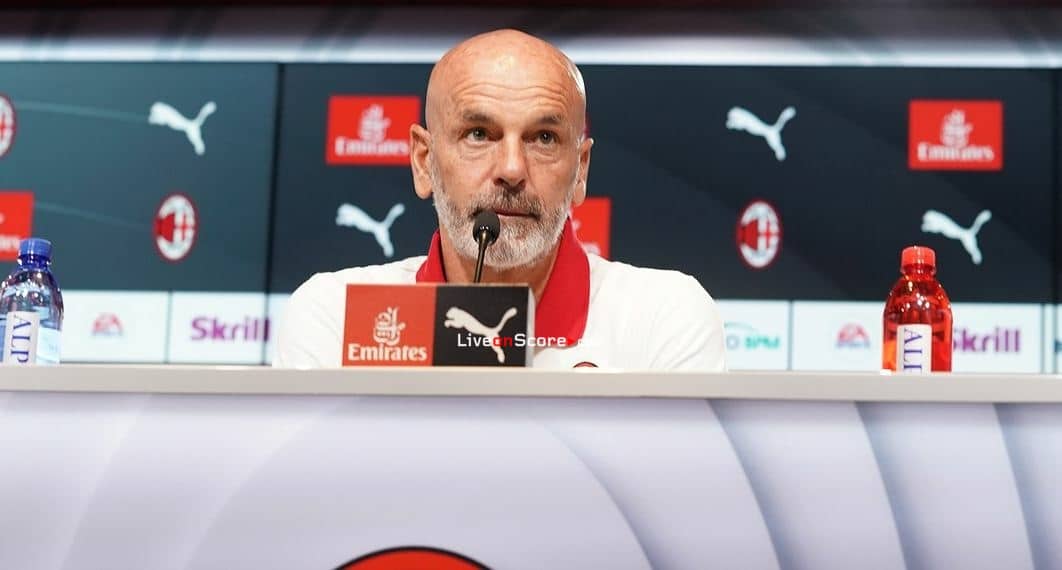 Pioli “it wikk be a tough test but Milan is ready”

The Coach looked ahead to Inter v AC Milan during his pre-match press conference
With the international break now over, Serie A football is set to resume. For AC Milan, a big obstacle immediately awaits: at 18:00 CEST tomorrow, the Rossoneri will take to the pitch for a Derby showdown with Inter. During his pre-match press conference, Coach Pioli talked about this delicate and fascinating fixture.

AN IMPORTANT TEST FOR AC MILAN
“We have our own identity and way of playing out on the pitch. For us, the tests never stop: we know that this will be an important and difficult test, but we’ve prepared well in the little time we had available. We feel ready.”

FANS
“Unfortunately, there won’t be a crowd, but we’ll take to the pitch aware of the importance of this match and what it means. We need to be ready to play well and be better than our opponents.”

THE GROWTH PROCESS
“I’d like to thank Carlo Ancelotti for his kind words. Our journey began a year ago, but I can also say that we’re still in the early stages: we still have plenty of room for improvement. We’ll be facing the side that everyone is tipping for the league title, but we’re going to take to the pitch with the objective to do better than them.”

“Zlatan has been smiling and is in a positive and determined frame of mind. He’s only been training for a week but is feeling fine. He’s ready to play, but we still need to assess how many minutes he’s got in his legs.”

HOW AC MILAN ARE DOING GOING INTO THE GAME
“We’re doing well, but this is also the case for them. Beating such a strong side would give us enthusiasm and even more confidence in the qualities we have, but we need to take it game by game. I believe that our Derby defeat last season was very important: we drew many lessons from it and showed quality, while we also proved that we can match them. At the same time, we also learned that all it takes is a moment of carelessness to be punished. Since that match, we’ve grown a lot.”

THE OPPONENTS
“We’ll be facing a side with a system that sees players occupy precise positions on the pitch. Inter are very strong, but, like all teams, also have weaknesses. We need to remain composed and understand when it’s necessary to press and when we need to bide our time. Our approach to the match will be the same as it usually is: we’ll be intense and won’t hold off. This will also apply to them. I’m therefore expecting a spectacular game.”

HAUGE, REBIĆ AND KJÆR
“Jens is a smart kid, he’s picking things up quickly. He’s fast and technical and can be important for our style of play. I don’t think Ante will be available for tomorrow, he’ll be looked at next week and then we’ll have a better idea of when he’ll return. Simon is an intelligent lad and an absolute professional, the contribution he’s making is of the highest level. Despite the fact we’re lacking numbers in defence, the return of Romagnoli will allow us to continue our defensive work.”

AC MILAN’S START TO THE LEAGUE SEASON
“Our path at the beginning of the season was important in terms of preparing for this match. Some people think that the three games we won were easy, but we know that it’s never easy to win. We also know just how important it was to go beyond the Europa League preliminary stages. Zlatan’s return is an additional boost going into the Derby.”

Conte: “We’ll give our all for the Nerazzurri colours”