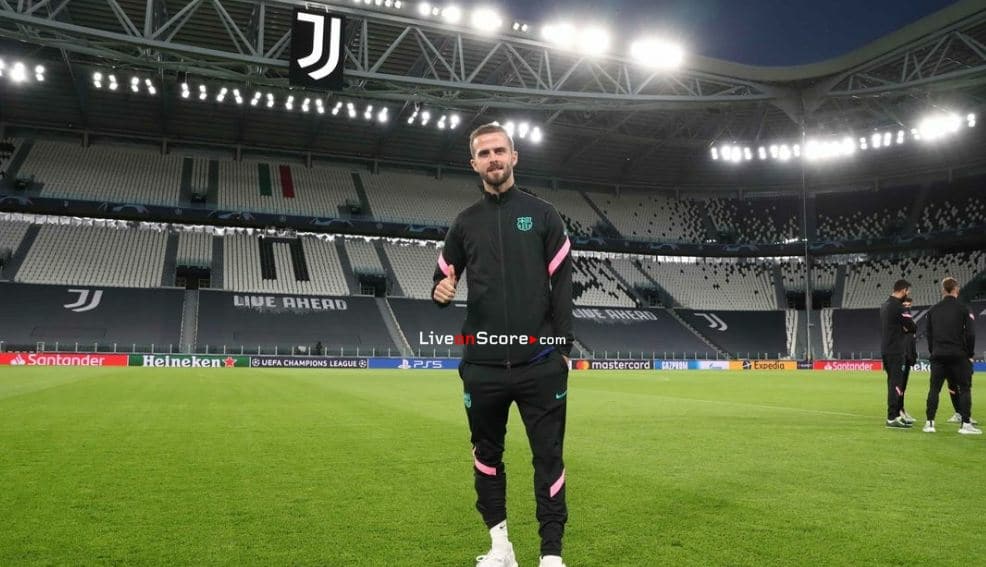 Pjanic is no stranger to Juventus. The Bosnian midfielder returns to Turin where he spent four seasons with the bianconeri before joining Barça in the summer. Appearing before the press in Italy ahead of Wednesday’s group G clash between the blaugranes and the Italians, Pjanic’s hope is to “help the team against a difficult opponent.”

His role at Barça
“I am always want to play. I am adapting as I arrived a little late due to the coronavirus. Now I feel fine and I am there for the coach.”

“I am at Barça to help, in the Champions League and La Liga. I am training well and I think I can contribute; I am waiting for the coach’s decision to play me.”

“I will give everything to do what is needed for Barça as I did for Juventus.”

The team
“The team has the quality to be successful. In the league we are not where we want to be but the season is a long one.”

Andrea Pirlo’s team
“They are very strong team and so it will be a difficult game but our objective is to be at our best to pick up all three points.”

“I know Juventus very well and I am waiting excitedly for the game.”

Leo Messi
“Messi is the best of all time and it is a privilege to play alongside him. It’s a unique chance to have played alongside Messi and Cristiano.”

Griezmann
“Griezmann is a goalscorer and a great player and I am sure he will play well in the next few games. When he start to score goals, he will be vitally important for the team.”

Empty stadium
“We would like to play in front of the fans. Let’s hope we can overcome the current situation as quickly as possible.”

Pirlo - these are the best games to play

Lampard on loving his job, flying the flag and taking on challenges