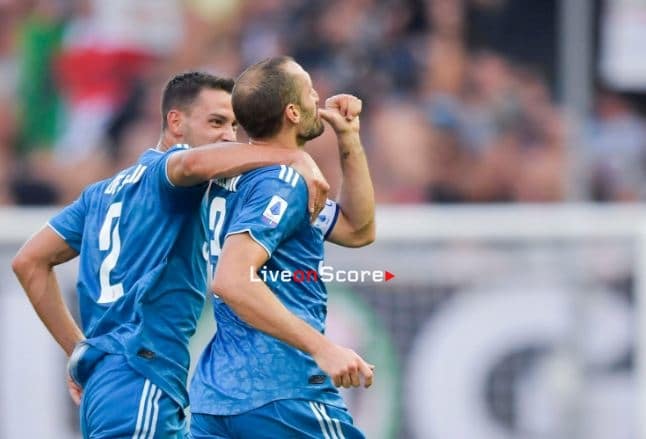 Martusciello, Chiellini and Alex Sandro spoke to the media at the end of the match against Parma

GIOVANNI MARTUSCIELLO
“In the first half, the team moved well, then in the second, there was a decline, due to the heat and preparation the match was balanced, but at the first league game of the season, it is normal. We are happy with the first part of the game, although we could have done more. Today’s choices? This team is made up of many champions and, today, we have entrusted ourselves to those who are most experienced. It was important to win on a difficult pitch and we succeeded. I heard from Sarri and he was happy for the three points.”

ALEX SANDRO
“It was a difficult and physical game. In the end, the two teams were a little tired, but it is normal for the first game of the season. We still have to find the physical, mental and technical condition, but we are on the right path. After 1-0, we tried to change our attitude, trying to keep the ball and run a little less. Surely, we have to improve, but we have obtained three important points, because playing in Parma is always difficult .”

GIORGIO CHIELLINI
“We are happy with the result and how we tackled the challenge, although with the increasing condition it will be easier. The absence of the coach today is relative, we paid more for the fact that he is missing during the week. I believe, however, that he can be proud because the team have shown that we are united, and that we can train with dedication and application. We will improve, but the important thing is to grow by winning. This team has great champions, there have been so many changes and we wanted to raise the bar, trying to distort our DNA, but by maintaining certain cornerstones like the daily work that must be done on the basis of every game principle. We commit ourselves with enthusiasm and with a great desire to integrate ourselves, in order to achieve the result.”