Roger Federer’s knee is fine and ready to take on the physicality that awaits it when the Swiss Maestro competes at the Rogers Cup on July 25.
Federer suffered a scare during the final set of his five-setter semifinal loss against Canada’s Milos Raonic at Wimbledon. The 17-time Grand Slam winner took a slip and hurt his surgically-repaired knee during the match, immediately raising concerns over another setback that could hinder Federer to regain his winning momentum. 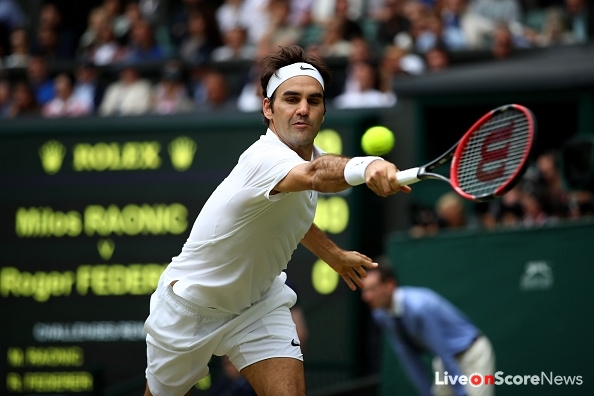 Federer suffered a knee injury a day after losing to career rival Novak Djokovic at the Australian Open earlier this year, which forced the 34-year-old to be sidelined from the tennis scene for more than two months. While Federer successfully recovered from a surgery that repaired a torn left meniscus, he has hardly played his pre-injury form, resulting to zero titles mid-way through the season, a first in Federer’s illustrious career.
At the Rogers Cup in Toronto, Canada, former two-time champion Federer gets another chance to test his game before setting his sights on winning the 2016 Rio Olympics and the US Open, which are both scheduled to take place next month.
It remains to be seen if the injury scare at Wimbledon would have an effect in Federer’s remaining competition this season, but many, including Federer himself, hope it won’t be another setback that could halt the Basel native’s growing confidence of playing at a high level.
“With the body that’s been, you know, playing up this year, I just hope I’m going to be fine,” Federer said regarding his latest injury scare.

Who should Arsenal go for: Alexandre Lacazette or Antoine Griezmann?