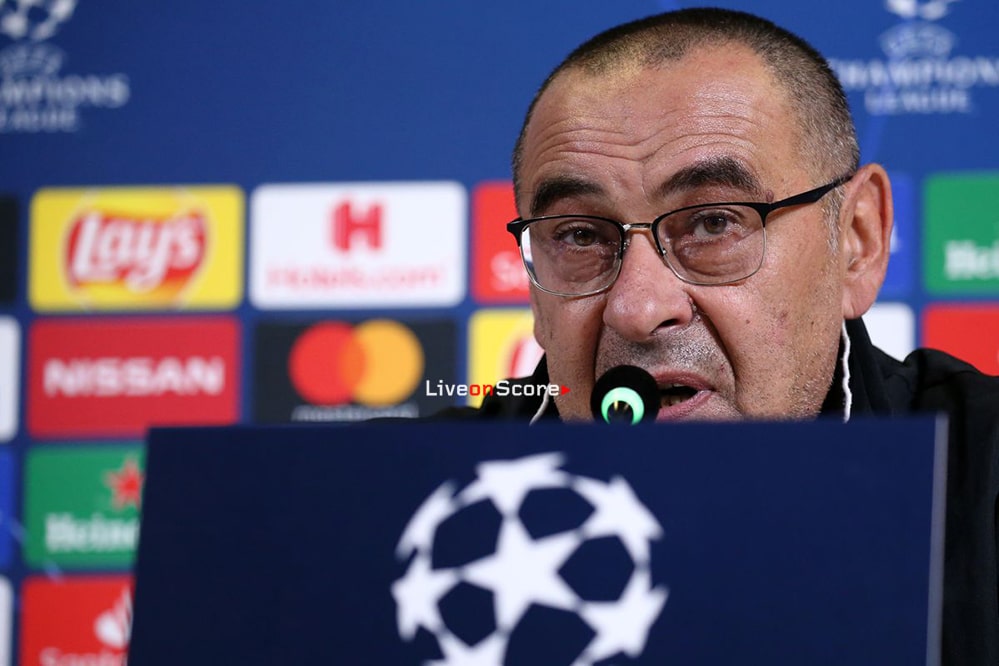 Juventus‘ coach Maurizio Sarri met the press at the Allianz Stadium on the eve of the UEFA Champions League match against Lokomotiv Moskva.

We are playing against a strong team. They are having a good season and are better than everyone expected them to be. Lokomotiv know how to close games well, they are dangerous when they steal possession in the middle of the pitch.

We have the good fortune of having both Paulo Dybala and Gonzalo Higuain in great condition. I am content regardless of who will play.

At this stage of the season, we are creating more than what we did at the beginning, but we aren’t being clinical. I think we’re on the right path, we just need to improve the conversion percentages.

I think don’t think Aaron Ramsey will play. He is working hard to get over the muscular fatigue. Danilo is doing well but I don’t believe that he has 90 minutes in his legs yet. I am happy with Adrien Rabiot’s improvement. He deserves the merit for the work he has put into training.

Cristiano Ronaldo has an extraordinary mentality. He manages to set personal goals and those for the whole team in a phenomenal and contagious way.