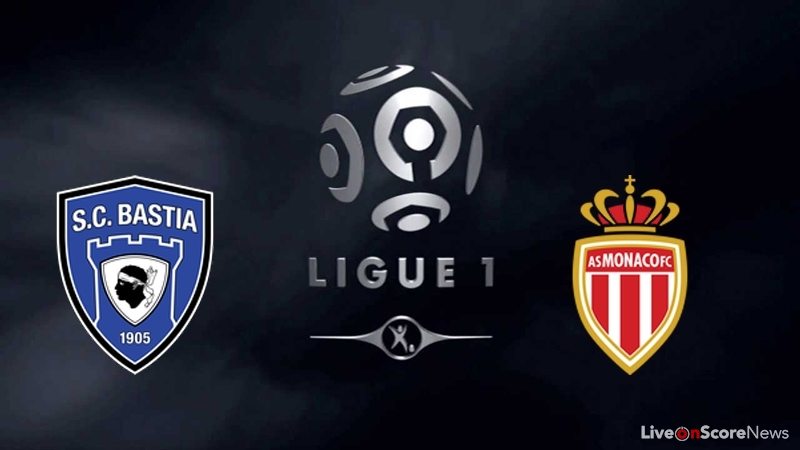 Monaco will be looking to continue their good run of form in Ligue 1 when they travel to the Stade Armand-Cesari to take on lowly SC Bastia on Friday night. SC Bastia were thrashed 4-1 on the road at Toulouse last time out in Ligue 1, with their consolation goal being scored in the 53rd minute by Prince Oniangue. On the contrary, Monaco won 5-0 at home over Metz last weekend thanks to a hat-trick from Kylian Mbappe and a brace from Radamel Falcao. Below we have our betting tips, predictions, team news and match stats all in our SBAT preview.

SC Bastia haven’t won a single game in this early part of the year, recording four defeats and two draws in their six games across all competitions after the winter break. During this poor run of form, the Corsicans were knocked out from the Coupe de France following a humiliating 7-0 defeat at the hands of Paris Saint-Germain. Regarding their Ligue 1 campaign, Bastia managed two consecutive victories over Metz and Rennes towards the end of 2016, but they come into this clash on the back of a five-game winless run in Ligue 1. They are second from the bottom in the Ligue 1 table tied on 22 points with the bottom-placed Lorient, four points behind safety. Bastia haven’t been that bad at the back throughout this Ligue 1 campaign, but they really struggled to find the back of the net. The Corsicans have only scored 21 goals in 24 league fixtures, which is one of the worst offensive records in the division. Despite this negative record, Enzo Crivelli has enjoyed a decent Ligue 1 campaign, helping the team with seven goals and one assist in his 17 league appearances. The good news is that Bastia have somewhat better record in front of their own fans, having lost just once in their last seven home fixtures in Ligue 1.
MONACO PREVIEW

On the other hand, Monaco picked up an impressive 5-0 home victory over Metz last time out in Ligue 1 to extend their unbeaten streak across all competitions to eleven games. The Monegasque side currently stand on top of the league table with 58 points after 25 rounds, three points clear of the second-placed Paris Saint-Germain. Monaco have been amazing in front of goal throughout this Ligue 1 campaign, as they managed an incredible tally of 75 goals in just 25 league fixtures to date. Radamel Falcao may not have been a hit at either Chelsea or Manchester United, but he has found his goalscoring boots again in this second spell at Monaco. The 31-year-old striker is currently leading the club’s goalscoring charts with 16 goals and three assists in his 19 league appearances. Valere Germain is Monaco’s second top scorer with eight goals under his belt, while Guido Carrillo, Thomas Lemar and Kylian Mbappe have bagged 21 goals and 12 assists between them. Monaco have been struggling for consistency on the road towards the end of 2016, but they looked pretty solid in this early part of the new year. The Monegasques are currently on a five-game unbeaten run in all competitions on the road, scoring at least two goals in four of these. Furthermore, Monaco are undefeated in the last six visits to the Stade Armand-Cesari, conceding just three goals in the process.

SC Bastia Team News
Sebastien Squillaci is missing through a cruciate ligament injury, while Florian Marange is a doubt. In addition, Yannick Cahuzac and Nicolas Saint Ruf are both missing through suspension.

Monaco Team News
Guido Marcelo Carrillo and Gabriel Boschilia are both doubts, but Djibril Sidibe is definitely out through a groin injury.

Monaco are huge favourites to win here, but they have to play three games in just eight days, including a difficult trip to Manchester City in the first leg of their Champions League round of 16 tie next Tuesday. Monaco should be able to grab all three points, though, but I’m expecting a low-scoring game.

ChievoVerona vs SSC Napoli Preview and Prediction Serie Tim A 2017

Juventus vs Palermo Preview and Prediction Serie Tim A 2017