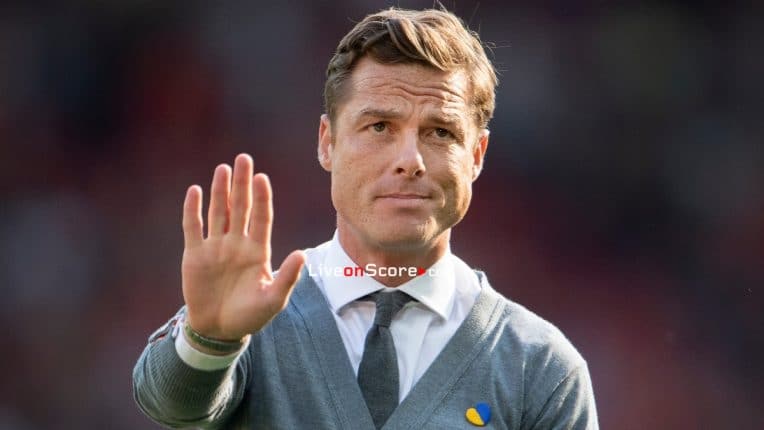 The Bournemouth boss’ dismissal was announced on Tuesday morning, three days after the club’s worst-ever defeat – a 9-0 loss to Liverpool at Anfield.

Scott Parker has been sacked by Bournemouth after the newly promoted side’s 9-0 drubbing by Liverpool on Saturday.

The 41-year-old was dismissed on Tuesday morning, with first-team coach Gary O’Neil now in temporary charge of the team, assisted by club legends Shaun Cooper and Tommy Elphick.

The decision means that Parker is the first Premier League manager to go this season and is the first boss in England’s top flight to be given his marching orders in August since Sir Bobby Robson and Paul Sturrock in 2004.

Parker joined the Cherries after leaving Fulham in June 2021, steering the South Coast club to promotion at his first attempt.

However, after guiding Bournemouth back to the promised land and recording an opening-day victory over Aston Villa, the going got tough, with convincing league defeats to Arsenal, Manchester City and Liverpool putting the pressure on early in the campaign and leaving them 17th, a point above the relegation zone.

Following the loss to the Reds, Parker hinted at his displeasure at the club’s relative lack of transfer activity, saying: “We’ve got a decision to make as a club. It’s my job and it will be defining of us as a group of how we bounce back from this.

“Hopefully we can get some help in and support and help the current team who came up from the Championship.

“There’s loads of work to be done. The experience today, you never want to be on the end of this. This is currently where are are. If this is the group we’re going with we’ll react and see where are.”

Bournemouth owner Maxim Demin also made reference to tension between the board and Parker over transfers, saying: “In order for us to keep progressing as a team and a club as a whole, it is unconditional that we are aligned in our strategy to run the club sustainably.

“That is the approach that has brought this club so much success in recent history, and one that we will not veer from now. Our search for a new head coach will begin immediately.”

The rebuilding job will be a challenge, but Bournemouth’s next two fixtures are very winnable, with a trip to Wolves on Wednesday followed by a visit to Nottingham Forest three days later.

After retiring as a player in the summer of 2017, Parker became Tottenham’s U18 coach and a club ambassador before swapping north London for west to join Slavisa Jokanovic at Fulham as a first-team coach after the Cottagers’ return to the Premier League.

However, after a disastrous campaign that saw Jokanovic and successor Claudio Ranieri both sacked, Parker took over on a temporary basis in late February and was unable to haul the team out of the relegation zone.

Trusted to take Fulham back up, Parker duly delivered, masterminding a play-off final victory against local rivals Brentford at Wembley.

The 2020/21 campaign though saw Parker’s men fall straight back to the Championship due to a chronic lack of goals as main striker Aleksandar Mitrovic was benched for large portions of the season.

Parker’s decision to explore a new challenge saw him rewarded with another promotion as he guided Bournemouth back to the top flight, but their start to this season has been poor (although admittedly in large part due to facing top-quality opponents).

Who will take over from Parker at Bournemouth?

Sean Dyche has been installed as the early bookies’ favourite, having lost his job at Burnley in April after nearly 10 years at the helm.

Other highly fancied names include Chris Wilder, currently managing Middlesbrough, Jonathan Woodgate, who previously managed Bournemouth on a short-term contract in 2021, and John Terry, who has been in a coaching consultancy role with Chelsea since the turn of the year.

Who have Bournemouth signed so far this summer?

Bournemouth’s first two purchases came on 1 July as right-back Ryan Fredericks and midfielder Joe Rothwell joined from West and Blackburn respectively on free transfers. However, neither player has yet featured competitively for the club due to injury.

Goalkeeper Neto has been bought from Barcelona to provide back-up to Mark Travers, while Marcus Tavernier has been an ever-present since joining from Middlesbrough.

After the Liverpool humiliation, shoring up the defence would seem to be the top priority, while the team have been short on goals and chances so far this term.

Argentina international Marcos Senesi arrived with European pedigree and several top clubs linked with him, but the 25-year-old has not had the impact that Parker and Bournemouth would have hoped for.