Napoli came from behind to demolish Ajax in the Champions League and continue their sensational start to the season.

Mohammed Kudus gave the Dutch side an early lead but Giacomo Raspadori headed in an equaliser, Giovanni di Lorenzo put Napoli ahead and Piotr Zielinski made it 3-1 just before the break.

Raspadori curled in his second and then set up Khvicha Kvaratskhelia to score.

Ajax’s Dusan Tadic was sent off before Giovanni Simeone netted a sixth.

Napoli, who had a squad rebuild in the summer as youngsters replaced several veterans, are unbeaten in all competitions this season.

Luciano Spalletti’s side top Serie A and Champions League Group A, where they have scored 13 goals in three wins and sit three points above Liverpool – who beat Rangers 2-0.

This was Ajax’s biggest European defeat, their heaviest defeat in any competition since 1964 and their joint largest home loss. 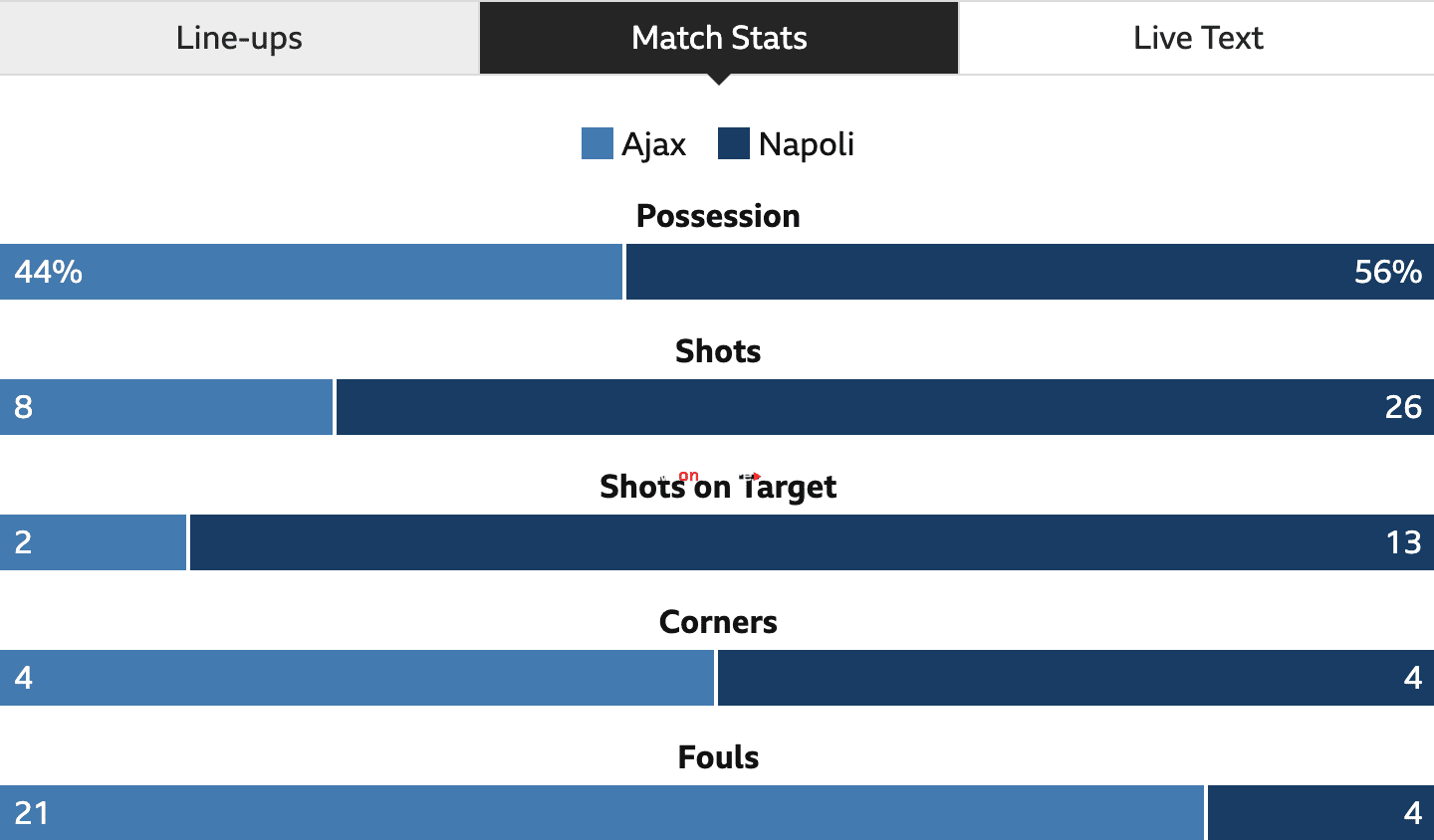