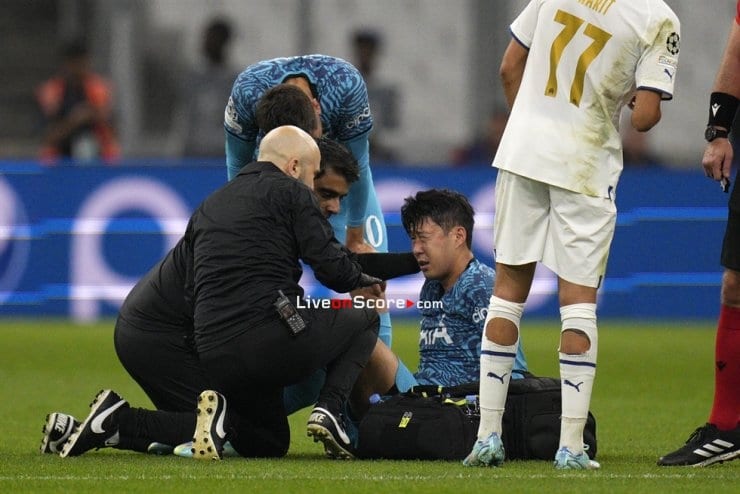 Tottenham Hotspur forward Son Heung-min needs surgery to stabilise a fracture around his left eye and his involvement in the World Cup is in doubt.

Son, 30, suffered the injury during Tottenham’s 2-1 win in Marseille in the Champions League on Tuesday.

“Following surgery, Son will commence rehabilitation with our medical staff and we shall update supporters further in due course,” said a Spurs statement.

South Korea’s first game in the World Cup is against Uruguay on 24 November.

Tottenham have not said when Son will have surgery and have not put a timescale on how long the former Bayer Leverkusen forward will be sidelined for.

Son has scored 35 goals in 104 appearances for his country, who are in Group H in Qatar alongside Portugal, Ghana and Uruguay.

In the more immediate future, the injury is a blow for Spurs, who host Liverpool in the Premier League on Sunday (16:30 GMT).

Antonio Conte’s side are third in the table – five points behind leaders Arsenal having played one game more – and face Nottingham Forest away in the third round of the Carabao Cup on 9 November, before hosting Leeds United at home in the league on 12 November before the break for the World Cup.

Son has had his form questioned this season but scored a hat-trick after coming on as a substitute in the 6-2 win over Leicester City on 17 September and netted twice against Eintracht Frankfurt in the Champions League on 12 October.