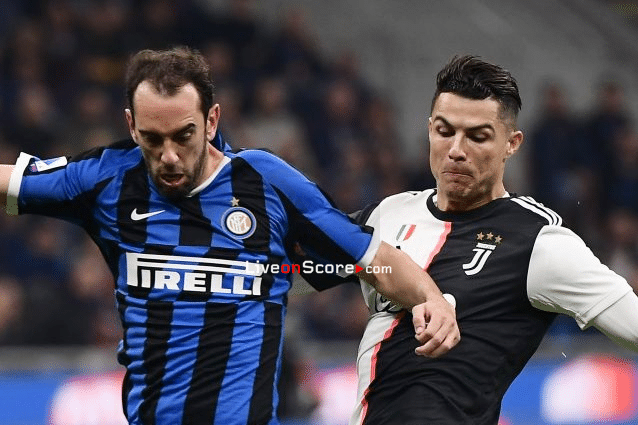 Stats and trivia ahead of Juventus vs Inter

MILAN – Inter will return to league action when they face Sarri’s Juventus on Sunday 8 March. Kick-off at the Allianz Stadium will be at 20:45 CET.

In collaboration with Opta, here are all the facts and figures that you need to know ahead of the clash.

86 games have been played in Turin. All of Inter’s last five goals at Juventus’s ground have come in the second half. The Nerazzurri’s last first-half goal away to the Bianconeri was scored by Samuel Eto’o in December 2009.

In the last league game against Lazio, Inter suffered their first away defeat of the season. The Nerazzurri have not suffered two away losses in a row in Serie A since the end of the 2016/17 season. Overall, Inter have not lost two successive league games for more than a year: the last time was between January and February 2019 against Torino and Bologna.

Juventus have not drawn in Serie A for eleven games (8W, 3L), only SPAL have a longer streak (twelve) in the league. This is the first season since 2015/16 where the Bianconeri have failed to win at least 20 of their first 25 matches of a Serie A campaign (currently 19 wins).

Inter and Juventus are the two teams who have failed to score in a game on the fewest occasions in Serie A this season: only once has this happened for both sides. With 22 goals conceded, the Nerazzurri boast the best defensive record in the league, ahead of Lazio (23) and Juventus (24).

Inter are the team with the highest number of goals away from home (29). On the other hand, only Lazio (36, but having played two games more) have picked up more points at home this campaign compared to Juventus (34).

Inter have had more goalscorers (15) than any other team this season, four more than Juventus. 54.4% of the Nerazzurri’s shots have been on target (excluding blocks), a record this campaign.

Inter (1024) are the team that have remained in the lead for the longest number of minutes this Serie A season, while Juventus (133 minutes) have been behind for the least amount of time. Juventus have taken the lead in 23 games this campaign, more than any other team. Meanwhile, Inter have only been behind six times, less than any other side.

Three of the four players who have earned their respective sides the most points through their goals this season will face off on Sunday: Ronaldo (20 points), Lukaku (15) and Martínez (12). Meanwhile, three of the top five players who have made the most passes will also do the same: Brozovic and Skriniar for the Nerazzurri (1502), Bonucci (1481) for the Bianconeri.

Christian Eriksen’s debut in European competition came against Juventus in February 2010 when he was on Ajax’s books. While at Tottenham, the Dane netted against the Bianconeri in the Champions League at the Allianz Stadium in February 2018. Alexis Sánchez has also found the net against Juventus: the Chilean player has scored twice in four matches against Inter’s opponents on Sunday, with the last goal coming in January 2011.

The only current Inter player to have scored against Juventus in Serie A while wearing the Nerazzurri shirt is Lautaro Martínez, who found the net when the two sides met earlier on in the season.

Romelu Lukaku didn’t score in Inter’s last away fixture against Lazio. Since becoming an Inter player, he hasn’t gone two consecutive matches without scoring on the road. The Belgian striker has scored the most goals away from home in the Top Five European leagues this season (twelve).

Antonio Candreva’s next appearance will be his 350th in Serie A, while Stefan de Vrij will make his 50th start for Inter in the Italian top flight should he be named in Antonio Conte’s starting line-up.

Matías Vecino played 36 games and scored twice under Maurizio Sarri during the 2014/15 season, when both were at Empoli.

In the battle of the coaches, Maurizio Sarri and Antonio Conte are set to face each other for the third time. So far, both have come out on top on one occasion.

Ighalo: the fans have been amazing