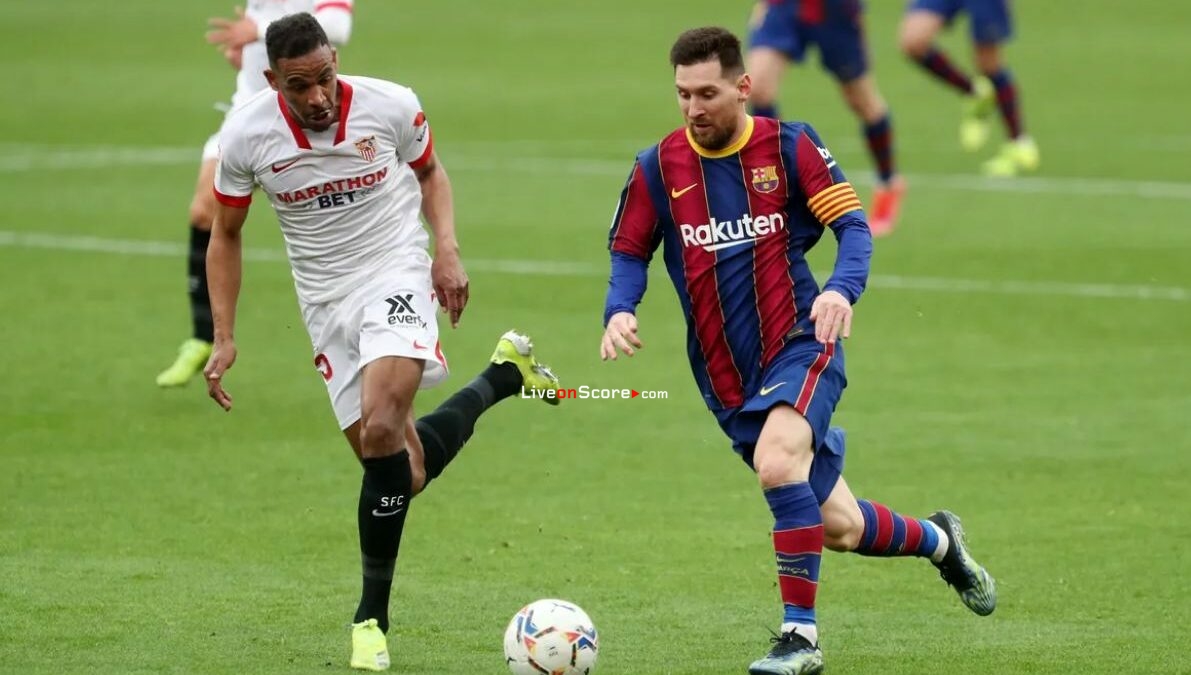 Ten stats from the win in Seville

1 goal by Leo Messi
Sevilla was already the Argentinian’s ‘favourite’ victim, and yesterday he scored his 30th goal against them (38th in all competitions) and it also extended his place at the top of the Liga goalscoring charts (19 goals) and as top scorer in Europe’s ‘big five’ leagues (14 goals). Unstoppable!

2 Liga games for Ilaix
The youngster came on after 71 minutes and gave the assist for Messi to score the second goal. He also started the game with Alavés after making his debut in the cup against Cornellà.

3 Liga goals for Dembélé
The Frenchman broke the deadlock with a superb goal, his third of the league campaign. He has also scored three in the Champions League and one in the Copa del Rey. It was also his third goal against Sevilla, his number one victim.

4 good tackles by Mingueza
The right-sided centre back had a fine game and won the ball with four of his five tackles – more good tackles than any other player.

5 defenders in new system
Ronald Koeman got a positive result from his new defensive plan, with three centre backs (Mingueza, Piqué and Lenglet) and two wing backs (Dest and Jordi Alba). The same system had worked wonders in games like the 3-0 win at Valladolid.

6 points in four days
Six points from games with Elche and Sevilla have left Barça just two points off the top of the table, although Atlético Madrid have two games in hand.

9 league wins in 2021
Barça have won nine of the ten games played in 2021. Only Cádiz have managed to take points against the blaugrana and nobody has beaten them for two and half months (also Cádiz on December 5).

10 balls won by Alba
The full back won the most balls in Saturday’s game, followed by Sergio Busquets and Fernando with nine each.

Guardiola: Aguero needs rhythm but his special quality will help us