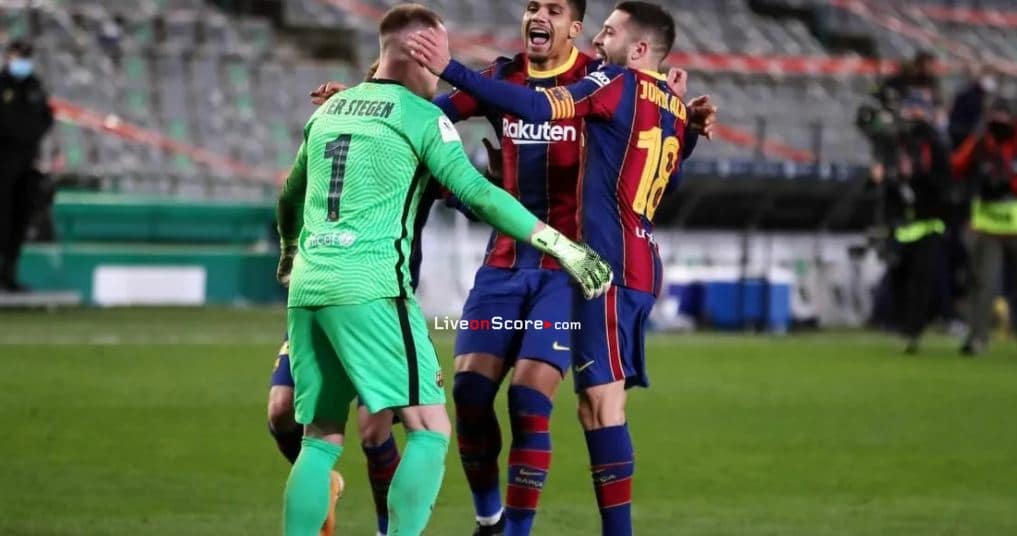 Ter Stegen takes us to Seville

Barcelona are through to the Spanish Super Cup Final following a thoroughly entertaining games of football in Cordoba on Wednesday night. Real Sociedad were a pleasure to play against in a game that both sides had chances to win, but that ended up being decided on penalties.

De Jong puts Barça a-head
Real Sociedad were hungry for this and generally looked the more dangerous of the two sides for much of the first half. Portu and Isak both had fine chances and Ter Stegen was tested more than once. But surely that much Basque intensity was never going to last all night?

It couldn’t, and as Real started to fade, Barça grew. The Catalans were soon enjoying long phases of possession and all the best chances, buoyed by particularly impressive performances by Pedri and Dembélé.

And with that came the first goal of the night. And a peach of a goal it was too. Sweet skills from Martin Braithwaite, a delightful setup from Antoine Griezmann and a stunning albeit unorthodox headed finish from Frenkie de Jong… 1-0!

Penalty equaliser
Moments after the interval the sides were all square again, with De Jong also playing a part in Real’s equaliser. The ball caught the Dutchman’s hand just inside the area and VAR decided that that was enough to earn the Basques a penalty. Oyarzabal converted and that was 1-1.

From there on, the game was a tremendously open affair. Barça had the edge in terms of ball and chances but the game could have tipped either way at any moment… But it did not. We were going to be treated to another half an hour of football.

Ter Stegen heroics
And what a cracking thirty minutes they were. Barça had Ter Stegen soooo much to thank for not one but several spectacular pieces of goalkeeping. His reactions to tip Zaldua’s strike over the bar… More magic against Oyarzabal… And then an extraordinary outstretched hand to palm away a certain goal for Januzaj. A simply fabulous performance from the German!

Jürgen Klopp to join special live event in support of