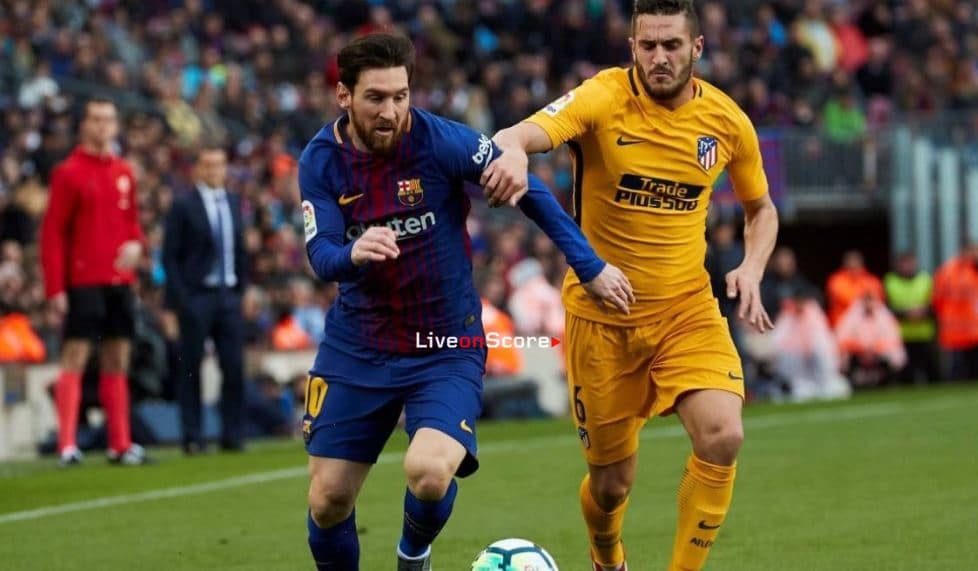 The lowdown on Barcelona vs Atletico Madrid

On Saturday at 8.45pm CET, it’s first against second as FC Barcelona host Atlético Madrid. It’s time to take a closer look at the opposition in this weekend’s top-of-the-table clash.

HISTORY
Founded by Basques living in the Spanish capital (hence the name and red and white shirts modelled on hose of Athletic Club) Atlético Madrid is one of the biggest clubs in the world. But competing in the same league as the even more gargantuan Real Madrid and FC Barcelona means trophies have been harder to come by than one would expect for a club of such stature.

They have won ten leagues, most recently in 1996 and 2014, and have won the Europa League three times in the last decade, while also reaching the Champions League final twice, suffering the pain of losing on both occasions to their city rivals Real.

HEAD TO HEAD
Games between Barça and Atlético developed a tradition of being absolute humdingers, with goals flying in at both ends, but perhaps as a result of Diego Simeone’s ‘caution first’ approach, encounters in the last decade have instead been intense, tactical and low-scoring affairs.

Impressively, Barça are unbeaten in 17 encounters against Atlético. Frustratingly, however, that’s only in the league. During that same period the rojiblancos have twice eliminated the Catalans from the Champions League.

The game at the Wanda Metropolitano earlier this season ended 1-1. Diego Costa put the home side ahead with less than a quarter of an hour to go, but Ousmane Dembélé’s injury time equaliser earned an important point for Barça.

FORM GUIDE
Atlético have been performing solidly in the league – but not as solidly as FC Barcelona. With eight points between the frontrunners, anything but three points from this game would leave them needing a miracle to win the league title.

They have won nine of their last 12 games without conceding a single goal, but defeats to Real Madrid, Betis and Athletic in the other three have hurt them badly, while also crashing out of the Champions League at the hands of Juventus and being stunned by Girona in the Copa del Rey.

THE PLAYERS
Czech goalkeeper Jan Oblak and French striker Antoine Griezmann have both featured in every league game for Atlético this season. Midfielders Rodri and Saul are next on the list with 25 appearances each.

Griezmann is also by far the team’s top scorer this season, with 19 goals in all competitions. His closest challenger is Saul with six.

They come to the Camp Nou with a number of major injury concerns: Centre back Lucas Hernandez is out until the end of the season, while Thomas Lemar, Diego Costa and Alvaro Morata are all doubtful.