Who will be in the Socceroos squad for the 2026 World Cup? 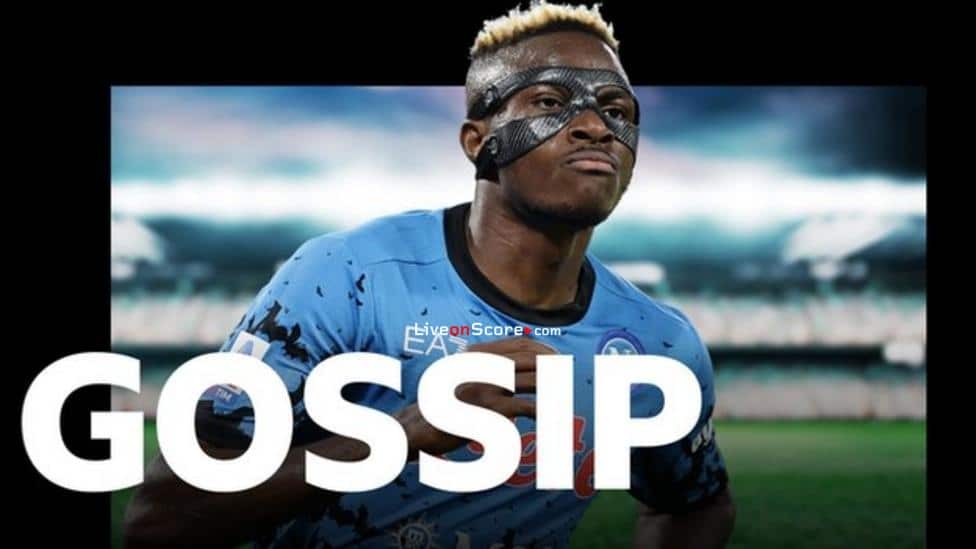 Chelsea are looking at signing a striker next summer and Napoli’s 23-year-old Nigeria international Victor Osimhen is becoming the favourite as they consider multiple options. (90 Min)

Borussia Dortmund midfielder Jude Bellingham, 19, has emerged as another top transfer target for Chelsea, while fellow England and West Ham midfielder Declan Rice, 23, is also admired by some on the Blues board. (Evening Standard)

Arsenal could rival Barcelona and Real Madrid in the race to sign 16-year-old Palmeiras striker Endrick, who has been called “the next Pele”. (Four Four Two)

PSV Eindhoven’s Cody Gakpo, 23, says a move to Manchester United fell through in the summer, with Leeds United and Southampton also interested in the Netherlands winger before he decided to stay. (Times – subscription)

Barcelona are monitoring of 23-year-old Manchester United’s Portugal defender Diogo Dalot, whose contract runs out next summer but has an option to be extended for a year. (Mundo Deportivo – in Spanish)

The release clause Wolves will have to pay to appoint QPR manager Michael Beale as manager is believed to be about £1m. (Mail)

Wolves winger Adama Traore, 26, says he hopes to one day return to play in his native Spain. (AS – in Spanish)

Former Manchester United and England midfielder Michael Carrick, 41, is set to be appointed Middlesbrough manager after agreeing personal terms with the Championship side. (Mail)

Crystal Palace boss Patrick Vieira says they are in talks to extend the contract of Ivory Coast forward Wilfried Zaha, 29, amid links with Arsenal and Chelsea, with his current deal set to expire next summer. (Metro)

Palace’s Zaha is reportedly keen on a summer switch to Liverpool, with a host of other clubs likely to court his signature. (Talksport)

Manchester United director of football John Murtough has dampened any hopes of a January transfer spree by insisting they are looking towards next summer’s window. (Telegraph – subscription)

Manchester United boss Erik Ten Hag will push to sign Barcelona’s Netherlands midfielder Frenkie de Jong again in January. The 25-year-old could wait until the summer before leaving the Spanish club, when Chelsea and Bayern Munich may make an offer. (Sport – in Spanish)

Chelsea manager Graham Potter is yet to make a decision on the future of 25-year-old Switzerland midfielder Denis Zakaria, who is on loan from Juventus. (90min)

New plans to relaunch the European Super League within three years have been revealed. (Times – subscription)

Ten Hag will deal with Ronaldo after early exit

Who will be in the Socceroos squad for the 2026 World Cup?