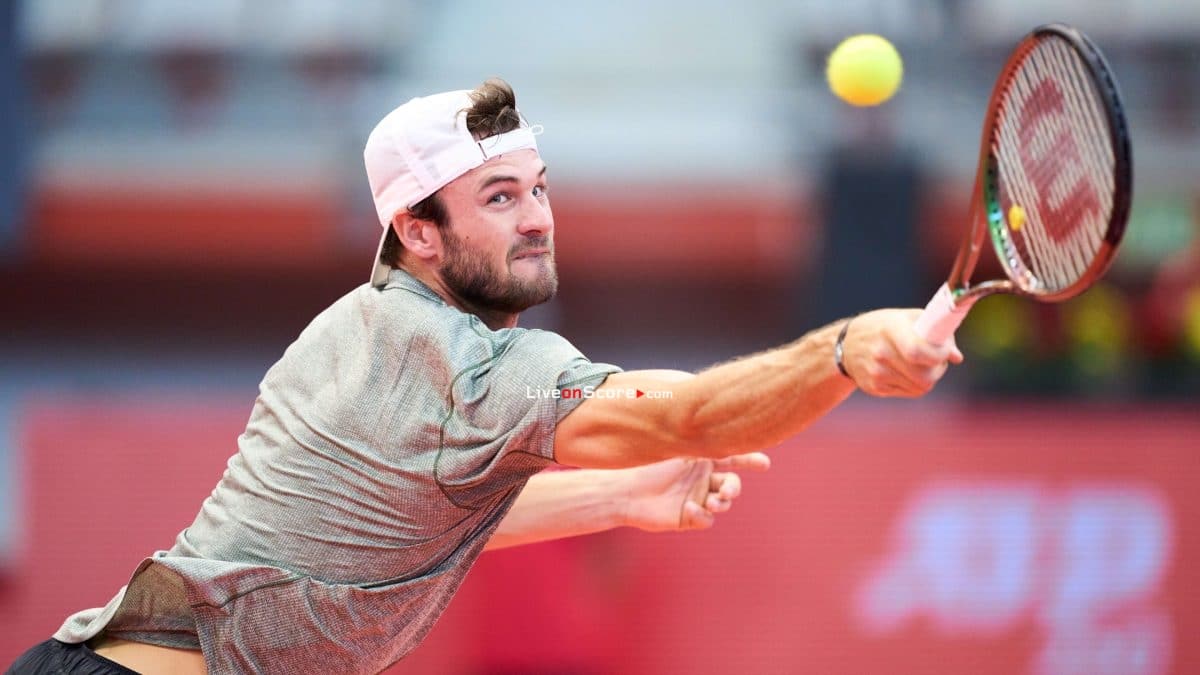 A pair of players returned to the site of their maiden ATP trophy on Tuesday at the Stockholm Open. While Tommy Paul successfully opened his title defense by surviving an uneven performance on his side of the court, 2013 winner Grigor Dimitrov couldn’t say the same in suffering another brutal blow.

“The kid came out and played some really good tennis. He made it really tough for me today,” Paul said on-court afterwards.

Borg, son of Bjorn, shared his desire to “find my own style“ during a brief interview with us in 2019 when he made his major junior debut. He entered this contest ranked a career-high No. 577 but had faced just one Top 100 player before: Paul at this very venue a year earlier. He lost, 6-4, 6-2.

Coming in, Borg was 0 for 13 in sets against Top 200 opposition across all levels. It appeared another chapter was on the way until Paul stumbled. With the first set on his racquet, he dropped four straight games with sloppy play—double-faulting on break point at 5-3 and 5-5.

On the flip side, Borg’s second serve and backhand up the line held firm under pressure in helping change his scoreboard narrative for a period. The 19-year-old showed bursts of an evolving all-court style, one highlighted by a promising understanding of when to come in and how to make the volley count.

At 4-4 in the second set, an erratic overhead from Paul on his serve +1 resulted in Borg arriving at break point, one that would have enabled him to serve for the biggest win of his young career. The world No. 31 instead shrugged it off with effective placement down the T—and that’s as close as the 19-year-old would get to seeing the finish line.

A game later, Borg was broken at love. Now back on even terms, Paul used his experience to pull away in lining up a showdown with another local favorite, Mikael Ymer. The Swede earlier advanced past Quentin Halys, 5-7, 6-4, 6-3.

As for Dimitrov, the sixth seed was edged out by Jiri Lehecka, 6-4, 1-6, 7-6 (5). Lehecka won the final five points of the decisive tiebreaker to hand Dimitrov his 10th defeat in 14 matches. The Bulgarian is approaching five years since his last triumph, when he ended 2017 with a bang by capturing his biggest crown to date at the ATP Finals.

How 5:1 Vikings are thriving and what they still need to fix