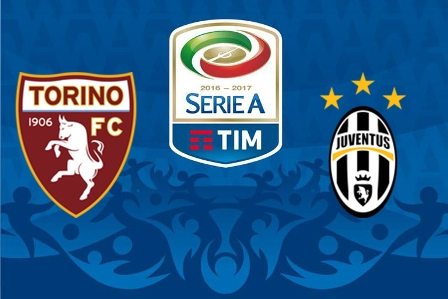 Torino vs Juventus- Preview and Prediction

Torino fans are more fired up than they have been in years for the Derby della Mole, as Juventus look vulnerable.

Mere hours after tickets for the season’s first Turin Derby went on sale, Granata fans had swiped each and every single one, a rare occurrence for a faith known for its passion.

The enthusiasm is back among Torino fans, their side led by a man (Sinisa Mihajlovic) who is beginning to change the mentality around the Filadelfia, his side beating Fiorentina and Roma as well as crushing Bologna, Crotone and Cagliari in their wake.

There’s a lot to be tremendously excited about, even compared to the successful Giampiero Ventura era. The Granata have a swashbuckling attacking trio, composed of accomplished dribblers Iago Falque and Adem Ljajic (12 Serie A goals among them), as well as €100m (his overseas release clause) man Andrea Belotti (10 goals, three more with Italy).

The good news is that Torino have already got the hardest part out of the way, earning Juventus’ respect by revamping the Derby della Mole under Ventura, winning their first grudge match in 20 years back in 2015.

The problem is, the Old Lady has been forced to teach herself new tricks this season, and being roasted by Genoa (3-1) prompted a furious reaction, the Bianconeri squashing Atalanta last week.

The switch to 4-4-2 against La Dea, as well as the use of Stefano Sturaro, breathed new life into the Bianconeri, Miralem Pjanic suddenly morphing into the Bianconeri’s beating heart. Even better, Mario Mandzukic has gone from being a goalmouth predator in Munich to chasing down every ball as if it contained the elixir of youth in Turin.

Then again, backing the Burgundy Bunch is hardly foolish. Bench players Daniele Rugani and Medhi Benatia replace Andrea Barzagli and Leonardo Bonucci. Even without the injury crisis at the back, Juve have kept only two clean sheets in their last 10 competitive games.

Torino boast Europe’s ninth-best attack, their 31 goals the result of an approach that owes a lot to their incarnating the Mihajlovic way, biting at opponents’ heels and playing scintillating football with their Italian backbone of Antonio Barreca, Daniele Baselli, Mirko Valdifiori and Marco Benassi.

Keep an eye on: Daniele Baselli (Torino) – Mihajlovic ripped into the young Baselli, accusing him of lacking determination earlier this season. Sure enough, the 24-year-old has kept up his form, even thanking his Coach for pushing him. He’s already matched last year’s goal tally of four and, along with Marco Benassi, can swarm a light Juventus midfield.

Stat fact: This game may be decided in the second half, where Torino have conceded six goals in the final 15 minutes, while scoring 26 per cent of their goals in the 45-60 minute period.

Top tip: Both teams to score

Sampdoria vs Lazio- Preview and Prediction

UEFA Champions League round of 16 draw