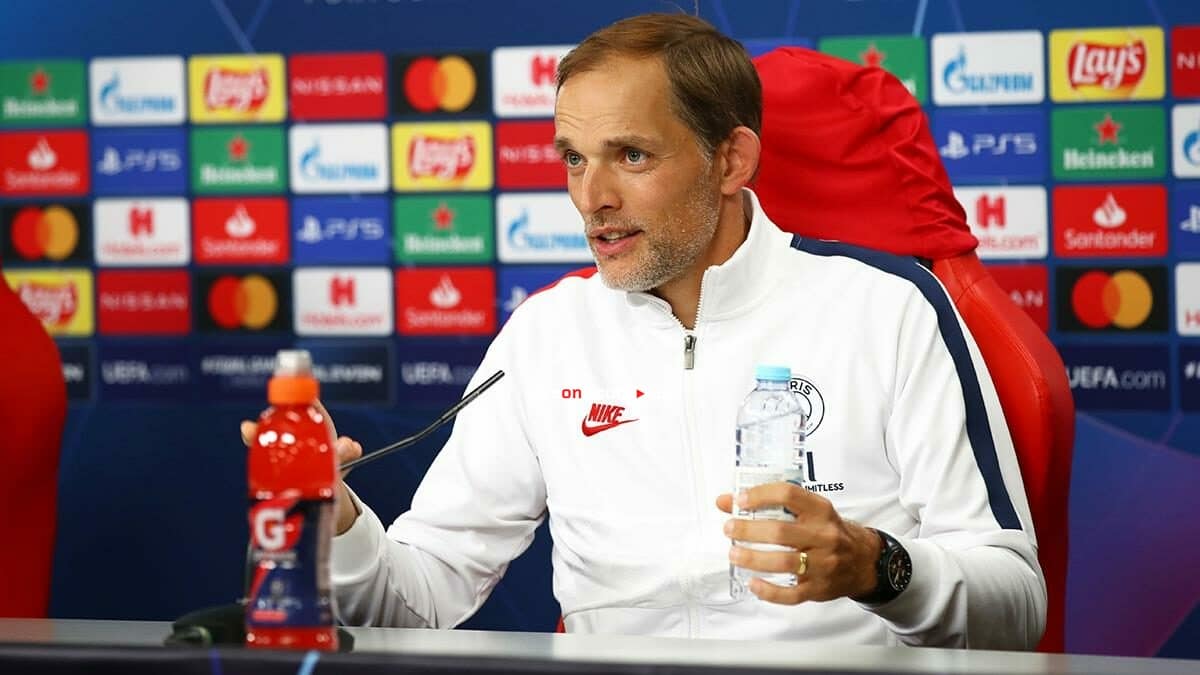 RB LEIPZIG
“Like Atalanta, Leipzig adapt to our formation. Their game is less one-on-one, but they defend going forward, very aggressively, very bravely, and always thinks offensively. Their players are young and fast. But there are also certain details that differentiate Leipzig from Atalanta. It’s going to be a very physical match and we’ve prepared for it. It’s going to be another decisive match, and we have to find the right mix between preparation of details and freedom of performance. We have our style, they have theirs.”A MATCH TO MAKE HISTORY
“We’re not talking about a historic game amongst ourselves, we’re living in the moment. We deserved to be here because we have had an extraordinary Champions League, an extraordinary season. We’ve worked hard throughout the season. This is the result. We’ve already done the quadruple, and now we go on. We’re calm, happy to be together. On the pitch, we’re strong. In training, the week at Faro was top-notch, as was Sunday’s session. There was concentration, smiles, and quality. We’re here, we’re ready. We want to win this semi-final. We don’t know what the result will be, but we’re going to fight.”

RELATIONSHIP BETWEEN KYLIAN MBAPPÉ AND NEYMAR JR
“Is their relationship a strong point for us? Of course. They’re both players who always make a difference. Neymar is very strong on one-on-one, providing assists like nobody else. Kylian has speed, timing and the finishing. It’s a great mix, and that’s a strength for us. In every team, there are connections, in defence, in midfield or in attack. But both are exceptional together, that’s clear. Can Mbappé play 90 minutes? He’s played 30 against Atalanta, without any problems. Since then, he’s had another six days. We’ll decide if he can start, but we have options.”