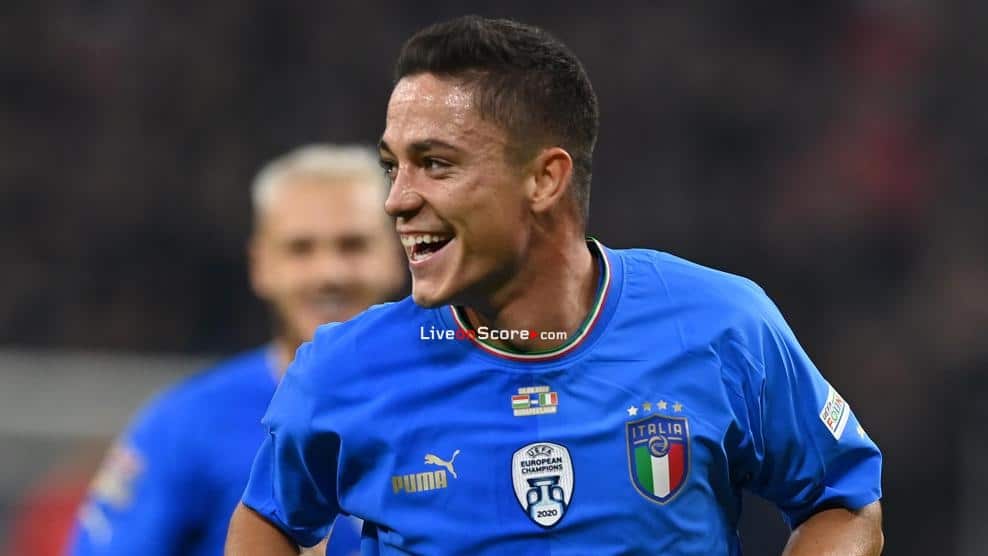 Croatia, Italy and the Netherlands will line up in next June’s UEFA Nations League finals after topping their groups.

Italy have joined Croatia and the Netherlands in becoming the first sides to book their place in the 2023 UEFA Nations League final four.

The Azzurri clinched their spot thanks to a 2-0 triumph at previous Group A3 leaders Hungary, leapfrogging their hosts thanks to goals from Giacomo Raspadori and Federico Dimarco. A day before, the Netherlands secured their ticket following a 1-0 win against neighbours Belgium, while Croatia were made to work hard in Austria, where Marko Livaja and Dejan Lovren hit second-half efforts to seal a crucial 3-1 success.

The semi-finals will be played on 14 and 15 June 2023, with the final and third-place play-off to follow on 18 June. The hosts will be appointed in January 2023; the four sides in Group A4 – Belgium, Poland, Netherlands and Wales – all declared an interest.

Not many gave Croatia much hope when they were thumped 3-0 at home by Austria in their opening Group A1 game. The outlook wasn’t much improved by a 1-1 draw with France in Split, but Zlatko Dalić’s charges have shown their mettle, with two victories against Denmark sandwiching a fine 1-0 win in France. They then held their nerve in Austria to prevail 3-1 thanks to a pair of vital goals in the last 21 minutes. “In the end, the win was deserved,” said captain Modrić. “I am very happy we are in the top four.”

Paired with EURO 2020 final opponents England and Germany in a tough section, Roberto Mancini’s side restored some pride following their shock loss to North Macedonia in the World Cup play-offs. A 5-2 defeat in Germany on Matchday 4 was a blow, but the Azzurri came good with back-to-back wins in September, Giacomo Raspadori scoring in both.

The only side to remain unbeaten through League A, the Netherlands started as they meant to go on by thumping neighbours Belgium 4-1 away. It hasn’t all been plain sailing since: the Oranje came from 2-0 down to draw with Poland, while both wins against Wales came courtesy of added-time goals. Yet the Dutch always found a way, and sealed their passage with a 1-0 defeat of Belgium in Amsterdam.