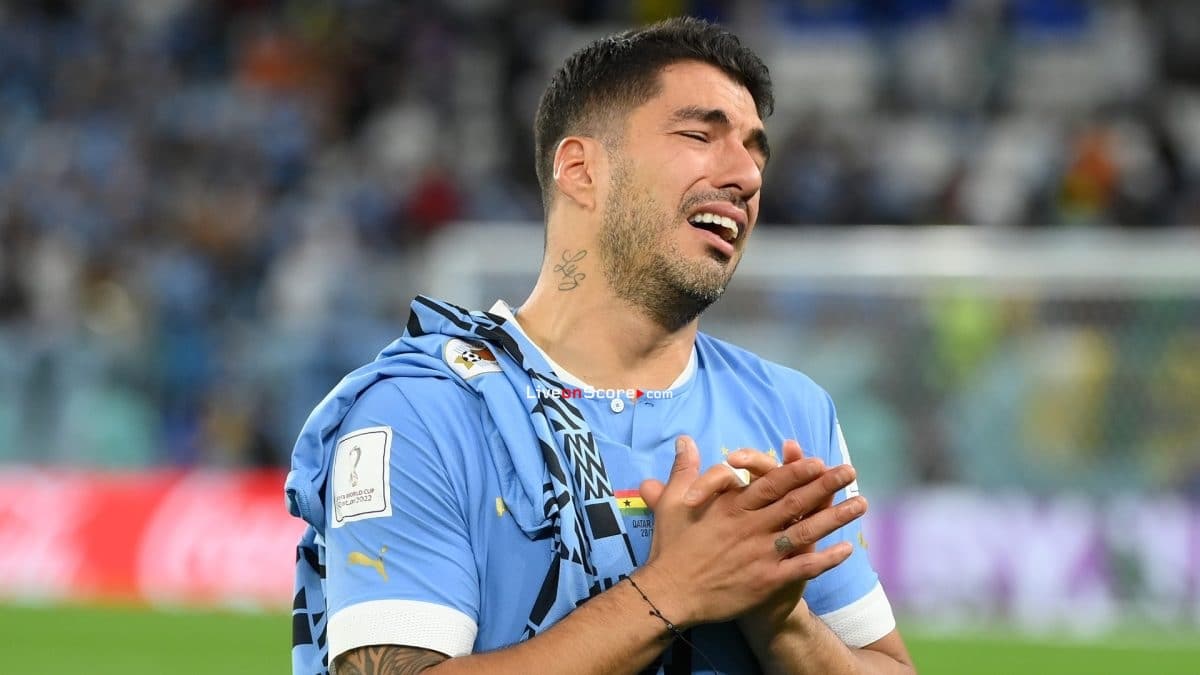 Uruguay beat Ghana but both teams knocked out

Uruguay beat Ghana but went out of the World Cup on goals scored as they finished third behind South Korea in Group H, despite Luiz Suarez’s heroics.

The Uruguay striker played a major role in both of Uruguay’s goals and the 35-year-old was in tears after the final whistle, following what may have been his last international.

Both goals were scored by Giorgio de Arrascaeta, the first a close-range header, the second a sublime volley.

In Group H’s other game, South Korea’s 2-1 victory over group winners Portugal was enough to take them through in second place.

Uruguay and South Korea both ended with a zero goal difference, but the side from Asia netted a total of four goals in their three games, with the South American team scoring just the two they managed against Ghana.

Suarez, whose handball in their previous meeting 12 years ago played a crucial role in sending his side through on that occasion, saw his shot fall into De Arrascaeta’s path for the opener, before the veteran former Liverpool striker followed it up with a glorious assist for the second.

There had been early penalty drama when Ghana striker Andre Ayew saw his spot-kick saved by Sergio Rochet at 0-0. The penalty was awarded by the referee after reviewing the goalkeeper’s foul on Mohammed Kudus on the pitchside monitor.

Agony for Uruguay
One word was circulating in the build-up to this game – “revenge”.

Ghana came into the grudge match with hopes of avenging the defeat from 2010, when Suarez handled the ball on the line and was sent off, before wildly celebrating Asamoah Gyan’s miss from the resulting penalty.

Ghana lost the shootout that followed, and there was plenty of drama this time round too.

At 2-0 up, Uruguay thought they were progressing to the last 16, but news filtered through of South Korea’s comeback against Portugal.

Suarez, who was subbed off on 65 minutes for Edinson Cavani, sat on the bench in disbelief as he was made aware of the final result in the other game.

At full-time, the emotional striker was consoled on the pitch by captain Diogo Godin – both veterans might have been seen in a Uruguay shirt for the last time.

Ghana should have taken the lead, but like Gyan in 2010, Andre Ayew failed to convert and it proved extremely costly.

Otto Addo’s men needed some inspiration in the second period but were unable to find a way through an obdurate Uruguayan defence as Kudus saw a low drive tipped wide by Rochet late on.

Uruguay had scored twice before the break and with time running out they pushed for the winner, but Federico Valverde’s effort was palmed away by Lawrence Ati-Zigi, who also made a stunning stop to keep out Cavani’s header. 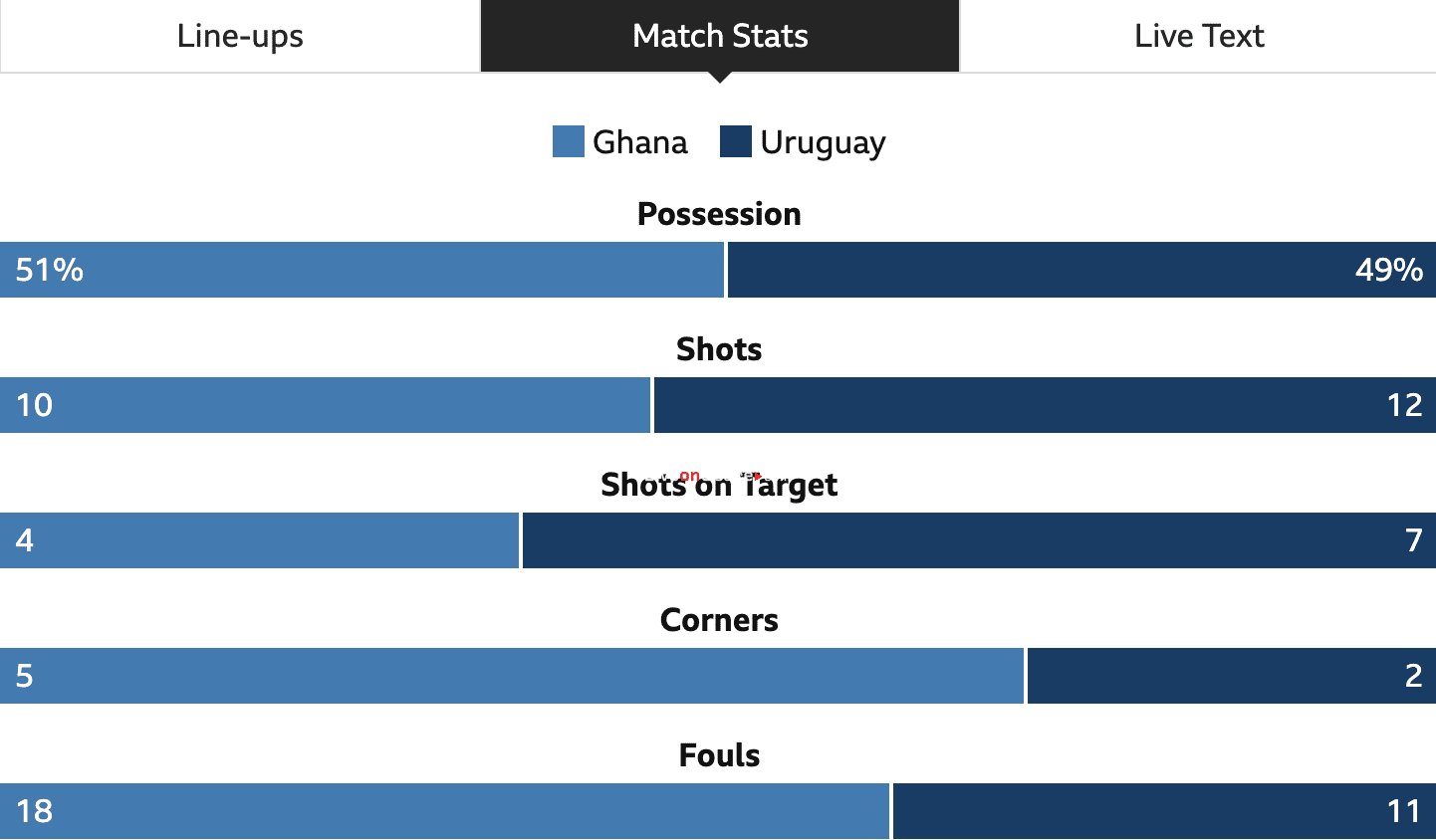