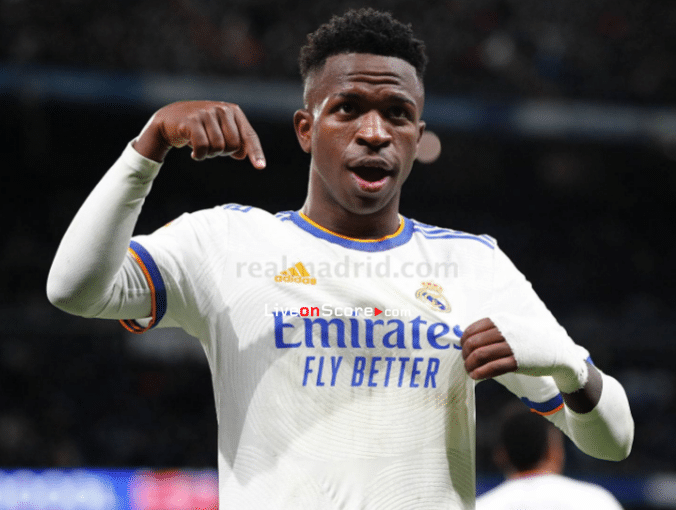 Real Madrid come from behind against Sevilla thanks to a goal from Benzema and a spectacular strike from the Brazilian to extend their lead in LaLiga.
Vini Jr.
Benzema
Vini Jr.’s 87th minute strike saw Real Madrid come from behind to secure their sixth win on the bounce and stretch their lead at the top of LaLiga to four points over Atletico and Real Sociedad. A stunning goal from Vini Jr. in the dying stages of the match was enough for the Whites who turned the game around after Sevilla took an early lead. A 12th-minute corner from Acuña was met by the head of Rafa Mir to open the scoring. Mir got the better of Courtois just two minutes later in a one-on-one, but Alaba cleared it off the line. The ball fell back to the Sevilla striker, who was denied by a great save from the keeper. A reaction was needed from the home side and Vini Jr’s shot from Casemiro’s pass found Bono’s hands in the 27th minute.

Opportunities continued to come and go for both sides as Sevilla came close when Ocampos’ shot from the edge of the area struck the crossbar on the half-hour mark after excellent individual play. The equaliser soon followed, a long-range effort from Militão was turned on to the post by Bono, before Benzema, cleverly nipped in ahead the defence to slot home in the 32nd minute. Asensio could have put Real Madrid ahead following great play from Mendy, but his shot from inside the area went just over as the sides went in all square at the break.