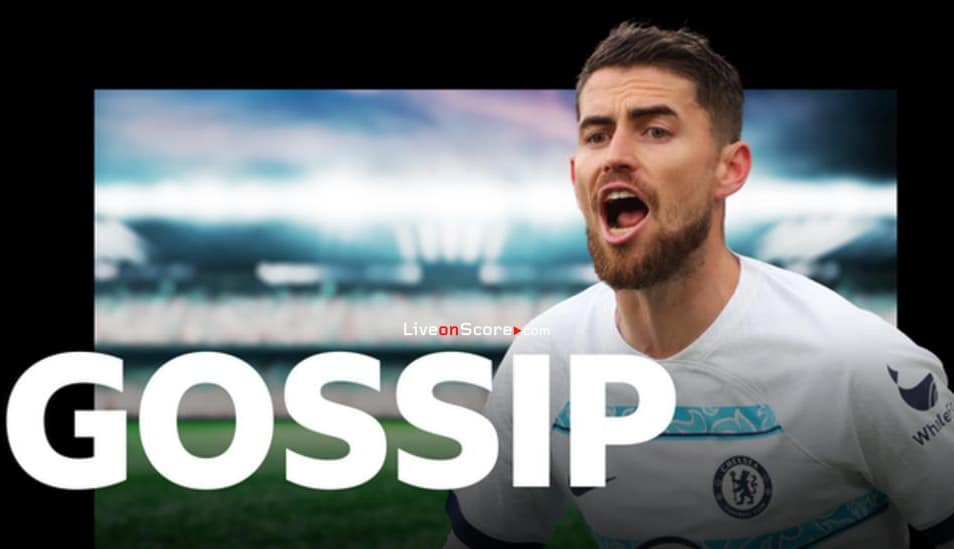 Chelsea and Italy midfielder Jorginho, 30, is seeking a rise in salary to £150,000-a-week before signing a new deal with the club. (Evening Standard)

AC Milan are pushing to speed up negotiations over a new deal with 23-year-old Portuguese forward Rafael Leao amid interest from Manchester United. (Express)

Inter Milan and Slovakia centre-back Milan Skriniar, 27, and AC Milan’s Leao could both sign new contracts with their Italian clubs despite interest from Chelsea. (Evening Standard)

Besiktas have dismissed a rumour circulating online that they are being forced to play Everton loanee Dele Alli, 26, after the English midfielder returned from a thigh injury. (Liverpool Echo)

A small group of Barcelona fans have gone to court over the transfer of Argentina forward Lionel Messi to Paris St-Germain in 2021. Lawyers appeared before a senior judge at the European court of justice to argue that the 35-year-old’s move broke European laws on state aid. (Guardian)

Manchester United failed Paul Pogba as much as the club’s £89m record signing failed the club before his free transfer to Juventus in June, according to the 29-year-old France midfielder’s agent Rafaela Pimenta. (Irish Independent)

Chelsea are looking to cut short the loan deal for Juventus’ Switzerland midfielder Denis Zakaria, 25, in January. Ajax’s Edson Alvarez, 24, of Mexico, PSV Eindhoven’s Ibrahim Sangare, 24, of Ivory Coast, and Southampton’s Romeo Lavia, 18, of Belgium, are on their list of possible replacements. (Express)

Meanwhile, Gunners technical director Edu is wanted by two other European clubs but the former Arsenal midfielder is “100% focused” on his role at the north London club. (Fabrizio Romano)