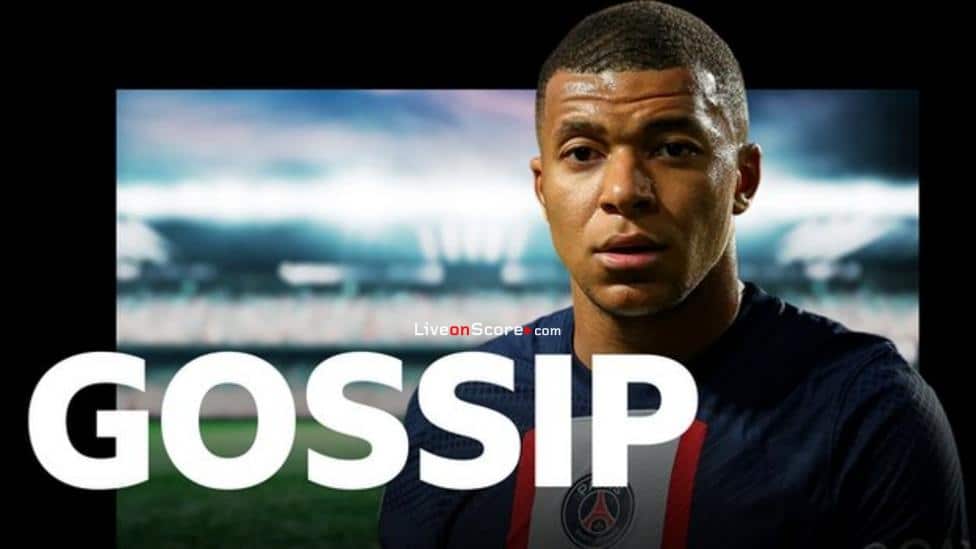 France striker Kylian Mbappe will cost between 300-350m euros if any club wants to buy him, although Paris St-Germain have no intention of selling the 23-year-old after reports arose that he wants to leave them in January.

Manchester City striker Erling Haaland, 22, has a 200m euros release clause that kicks in from summer 2024. Manager Pep Guardiola said the Norway international did not have one “for Real Madrid or any other team” but the clause applies to any club outside England.

Tottenham Hotspur forward and England captain Harry Kane, 29, says he is “focused” on Spurs amid speculation he could move to Bayern Munich.

Spurs are monitoring Brentford and England striker Ivan Toney with Spurs having regularly watched the 26-year-old.

Chelsea have opened talks with England midfielder Mason Mount, 23, over a new contract.

Chelsea want to terminate the loan move of 25-year-old Switzerland midfielder Denis Zakaria from Juventus in January, and are also ready to listen to offers for Morocco winger Hakim Ziyech, 29.

Brazil centre-back Thiago Silva, 38, says his family will have a say on whether he extends his contract at Chelsea, with his current deal due to expire at the end of the season.

Paris St-Germain are interested in signing Rafael Leao, 23, as a replacement for Argentina forward Lionel Messi, 35, and France striker Kylian Mbappe, 23, who are both reportedly set to leave, with the Portugal forward also attracting interest from Chelsea.

Barcelona intend to sell 28-year-old centre-back Samuel Umtiti in the summer. The France international is currently on loan at Lecce.

Manchester United, Newcastle and Leeds are all interested in signing 18-year-old Rangers defender Leon King, who is contracted at the Scottish club for another 18 months.

PSG sporting advisor Luis Campos only joined the club in June but could be set to leave the Ligue 1 champions.

Sir Jim Ratcliffe says he would have bought Manchester United in the summer but the Glazer family would not sell.

Wigan boss Leam Richardson is in the frame to become West Brom’s new manager after the Baggies sacked Steve Bruce.