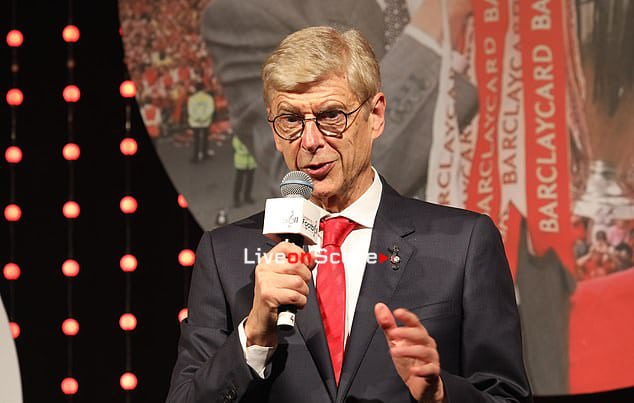 Arsène Wenger was extremely honoured to be inducted into the Legends of Football Hall of Fame on Monday night.

An array of stars from the world of football and entertainment attended the glittering event at the JW Marriott Grosvenor House London, where the former Arsenal manager received his 2019 Legends of Football award.

They also helped to raise £521,000 for Nordoff Robbins, the music therapy charity supported by the Premier League, and Wenger was delighted by the outcome.

Since leaving Arsenal I received some interesting proposals, however, one invitation that I did not hesitate to accept, and I am extremely honoured to do so, is to receive the 2019 Legends of Football award, said the three-time Premier League title winner.

I have always enjoyed music and have been excited to be involved in the work Legends of Football does to support Nordoff Robbins, which is a fantastic charity.

Music therapy can change people’s lives, across a broad spectrum of disabilities.

At Monday evening’s event, which took the total Legends of Football has provided for Nordoff Robbins to over £8.5m, Wenger was joined by Arsenal legends Robert Pires, Lee Dixon, Gilberto Silva, David Seaman and Robin van Persie, as well as a host of other stars from the world of football.

His former players who were unable to attend, as well as one of his biggest rivals, Sir Alex Ferguson, paid their tributes to Wenger by video.

EURO 2020: Who has qualified? Who can still qualify?